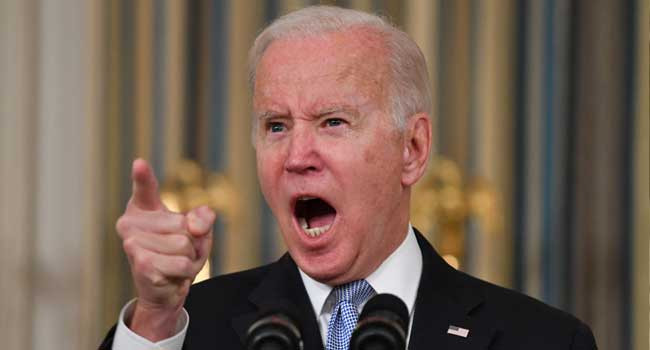 Touchaheart Nigeria reports that Joe Biden, the US President, has denounced the assassination attempt on Iraqi Prime Minister Mustafa al-Kadhemi and stated that his administration will assist Iraqi security forces in identifying the perpetrators.

When an explosives-laden drone targeted Kadhemi’s Baghdad apartment in the tightly guarded Green Zone neighborhood of Baghdad early Sunday November 7, he was unharmed. The attack was a significant step forward in the country’s post-election instability.

The prime minister’s office described the attack as a “failed assassination attempt,” while Iraqi President Barham Salih called the strike, which was not immediately claimed by any group, an attempted “coup against the constitutional system.”

“I am relieved the Prime Minister was not injured and commend the leadership he has shown in calling for calm, restraint, and dialogue to protect the institutions of the state and strengthen the democracy Iraqis so richly deserve.”

Biden said that “the perpetrators of this terrorist attack on the Iraqi state must be held accountable,” as he condemned “in the strongest terms those using violence to undermine Iraq’s democratic process.”

Biden added that he instructed his national security team “to offer all appropriate assistance to Iraq’s security forces as they investigate this attack and identify those responsible.”