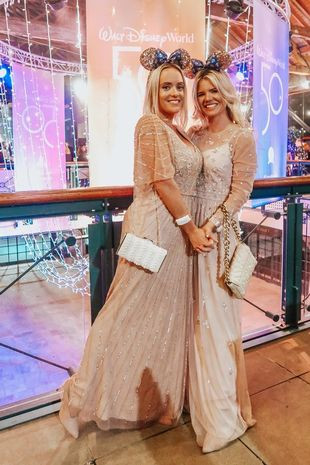 A married lesbian couple has taken the British NHS to court over what they allege is ‘IVF discrimination.’

Touchaheart Nigeria reports that Megan Bacon-Evans, 34, and her wife Whitney, 33, claimed that the NHS fertility clinic discriminated against same-sex couples since they had been together for 12 years and had to pay tens of thousands of pounds to be eligible for NHS IVF treatment compared to mixed-sex couples.

After researching how they may begin their journey to parenting, the couple was horrified to discover “discrimination.” They said;

“We were shocked and devastated to discover the discrimination that lesbian couples and bisexual women face in starting their family. LGBTQ+ couples are not entitled to the same access to fertility treatment as cis heterosexual couples.

“This differential treatment towards female same-sex couples amounts to direct and indirect discrimination contrary to the Equality Act 2010.

“It is time for discrimination to end and for there to be equal treatment with heterosexual couples in the healthcare system.”

According to the Mirror, patients must prove they are infertile under current NHS IVF treatment guidelines, with heterosexual couples qualifying after two years of trying to conceive naturally.

Female same-sex couples in Megan and Whitney’s NHS clinical commissioning group (CCG) are expected to self-fund 12 intra-uterine insemination treatments, which cost around £30,000 or more and involve inserting sperm into a woman’s womb.