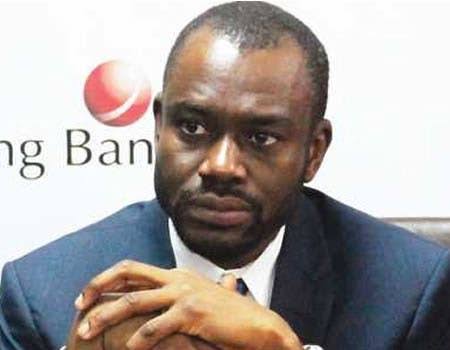 If Abubakar Suleiman, the Managing Director of Sterling Bank Plc, fails to appear before the Kogi State House of Assembly on Tuesday next week, the house has threatened to issue an arrest warrant for him.

Touchaheart Nigeria reports that the Managing Director was asked by the House two weeks ago to explain the N20 billion bailout fund that the Bank claimed it would return to the Central Bank of Nigeria, but he did not show up.

The Regional Manager of Sterling Bank, Enejo Ibrahim, and Counsel to the Bank, Olukayode Enitan, SAN, were in the State Assembly on Tuesday, but the Speaker, Prince Matthew Kolawole, refused to let them speak until they produced a letter from the bank’s Managing Director authorizing them to speak on his behalf.

The Speaker stated that the House is giving the Bank Chief Executive Officer one week to appear before it, and that if he fails to do so, the House would use all legal means to force him to appear.

According to him, investigations by the House Committee on Public Accounts revealed that the charges were unfounded and false, and that the Assembly will investigate further.