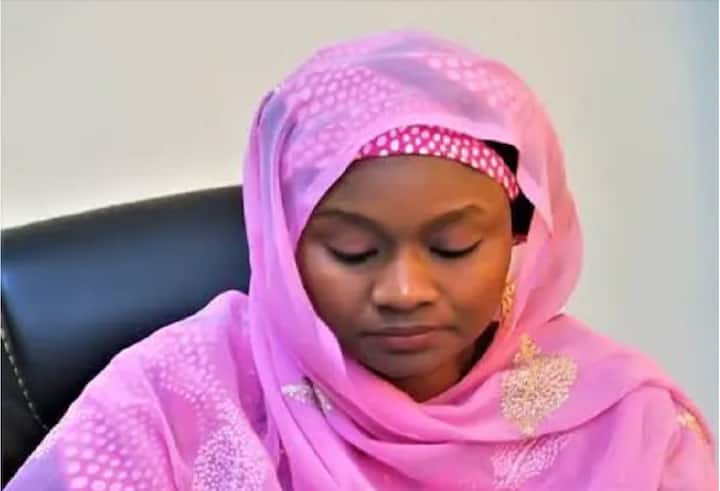 Hussaina Danjuma resigned the day after her father was attacked by political thugs who blocked him from entering Gombe, resulting in violence between his supporters and the opposing party.

According to the news report, it was gathered that Goje, who is currently a senator, has a political rift with incumbent Governor Muhammadu Yahaya.

Meanwhile, Hussaina Danjuma, the daughter of Goje who serves as Gombe State Commissioner of Environment and Forest Resources claimed that her resignation was a personal decision according to a press statement she made available to journalists in Gombe on Saturday.

Her statement reads in part: ”I am writing to the general public, media organizations and to His Excellency, Muhammadu Inuwa Yahaya, Executive Governor of Gombe State that I, Dr. Husaina Goje, have resigned from my post as Commissioner for Environment and Forest Resources effective today.”
”I also wish to state that my resignation was made for personal reasons, and with this, I wish to express my gratitude to His Excellency the executive governor for the opportunity to serve as a member of his executive council in this administration.”

Touchaheart blog recalled that Goje’ s convoy was ambushed by suspected political thugs on his way to Gombe state to attend a wedding on Friday.
It was reported that the alleged thugs blocked the Gombe – Bauchi highway near the International Conference Centre in Gombe and set bonfires on the road, according to witnesses.

In a statement released following the incident in Gombe, Mr. Goje’ s media aide, Lilian Nworie, alleged that Goje accused the aide- de- camp of the governor of organizing the roadblock and attack on his vehicle.
He said: ”He arrived in Gombe from Abuja via Gombe Airport in Lawanti but the governor’s aides blocked the road.”

”Until the governor aide- de- camp blocked the route, the senator’ s journey was peaceful. They battle with Senator Goje and his convoy for two hours.
”It’ s terrible that one life was lost and many cars including the Senator’ s vehicle, were vandalized. The windscreen was damaged,” she said.