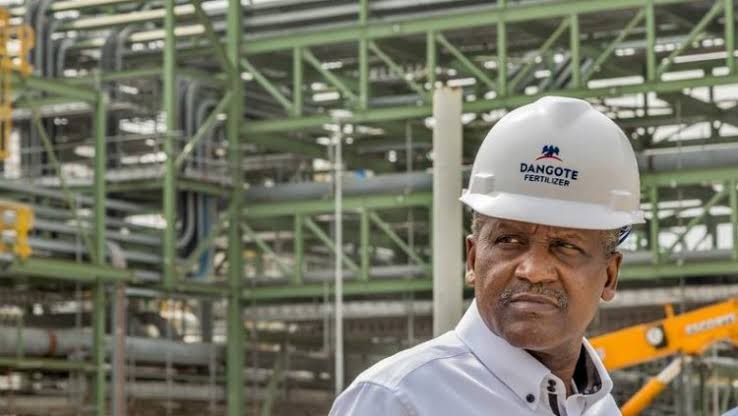 Dangote Industries Limited has restated its commitment to contributing to a significant reduction in the number of unemployed Nigerians even as the Lagos Chamber of Commerce & Industry lauded the indigenous conglomerate spread across Africa.

According to her,  the nation’s foremost conglomerate intends to achieve the goal through its various investment projects spread across the nation.

Halima Aliko-Dangote who was represented by the Group Chief Commercial Officer, Dangote Industries Limited, Rabiu Umar said that the Group is committed to ameliorating the sufferings in the society especially in the reduction of unemployment, hence the huge sums being invested in various projects across Nigeria.

He stated that the Group’s interest is beyond profit-making but to supporting the government in job creation, reducing poverty, and engaging in unprecedented philanthropy, adding that outside of government, the Dangote Group is the biggest employer of labour in Nigeria.

Rabiu said that farmers were excited over the new fertiliser product, which is already in the market, both locally and internationally.

On the Group’s participation at the Trade Fair, he said “Our participation at all major trade fairs across the country is a means of demonstrating our firm belief that Chambers of Commerce and Industry occupy a unique position in driving economic development through their activities.

According to him, the essence of Lagos International Trade Fair 2021 is woven around the caption, ‘Connecting businesses, creating value’, is consistent with our drive for innovation and value creation across Africa. This informed our belief that participating in this Trade Fair helps us connect to our customers who may not have had the opportunity to visit our offices.”

He added “Our expectation therefore is that through this Trade Fair, we will be able to further expand awareness for our innovative products, generate sales, get prospective buyers, improve the image of our brands and open up new markets that will further translate to job creation and overall economic development.”

He called on participants to visit the Dangote Stand as all our participating companies, Dangote Cement, Dangote Fertiliser, Dangote Sugar Refinery and NASCON are sharing the stand, creating a one-stop shop for people wishing to make enquiries on our products.

He added that early this year Dangote emerged as Africa’s Best Brand in a competitive selection process by Brand Africa 100, saying that “The Africa’s Best Brand Award was in recognition of our customer-friendly products. The recognition has gingered us to do more. We have won the most valuable brand award in Nigeria for the fourth consecutive year.”

Lauding the Group’s participation at the Fair, the President of Lagos Chamber of Commerce and Industry (LCCI), Mrs Toki Mabogunje stated “The Dangote Group has been part of the LITF as an exhibitor, sponsor, and partner over the years. The Group’s products and services have touched the lives of millions of people across the African continent and beyond.
“We are proud to be associated with the Dangote Group in all its endeavours to cater to the needs of the rich and the poor in several climes.”

She noted that the home-grown Nigerian company has become a household name across the African continent having a presence in many countries in Africa.