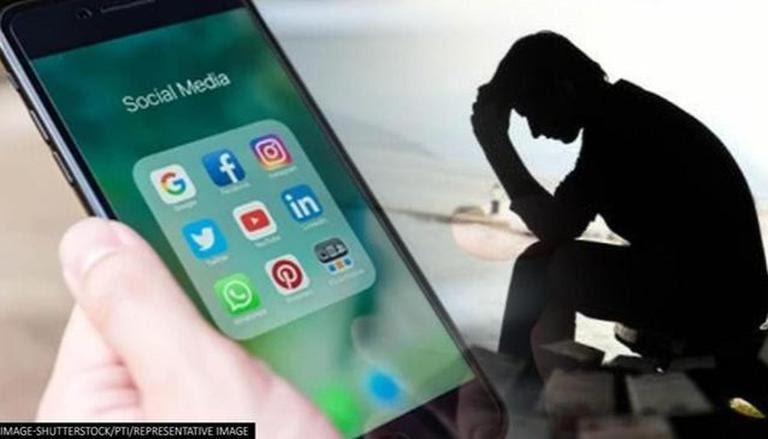 According to a new study, social media use has nearly 50 negative consequences, and they aren’t all related to mental health.

Academics at the University of Technology Sydney report a hefty 46 harmful effects linked to the use of sites like , and Instagram.
Among them are anxiety being harassed, incitement to suicide, cyberstalking, delinquency, jealously, information overload and lack of online safety, they reveal in a new paper.
Overall, issues of social media range from physical and mental health problems to negative impacts on job and academic performance, as well as security and privacy issues, according to the academics.

DO YOU SUFFER FROM SOCIAL MEDIA’S ‘DARK SIDE’? HERE ARE THE 46 HARMFUL EFFECTS OF SOCIAL MEDIA

• Addiction to use of social media

• Being exposed to sexual images/messages

• Feeling of being abused

Until now, research on social networks has focused ‘overwhelmingly on their benefits and potential’, they say, but this means their negative effects have been overlooked.

‘This study builds on the limited existing work on the so-called “dark side” of using OSNs [online social networks],’ the study authors say in their paper.

‘The enormous popularity of OSNs highlights the importance of understanding both the positive and negative implications of their use.’

For the study, the team reviewed more than 50 research articles published between 2003 and 2018.

In 2003, social media was still in its infancy and Facebook wouldn’t be established for another year. One of the early social networks, MySpace, was founded in 2003.

Also among the 46 harmful effects of social media were found to be privacy violation, deception, panic, conflict with others and an increased appetite for taking financial risk.

Another one was flaming, also known as ‘roasting’, which is the act of posting or sending offensive messages over the internet to get some kind of response.
But the effects weren’t just mental health related, as study author Layla Boroon at University of Technology Sydney explains.

‘Some of the most common negative impacts included psychological harms such as jealousy, loneliness, anxiety and reduced self-esteem, as well as things like exposure to malicious software and phishing risks,’ she said.

Cost of social exchange includes psychological harms, such as depression, anxiety or jealousy, and other costs such as wasted time, energy and money.

Annoying content, meanwhile, includes a wide range of content that annoys, upsets or irritates users, whether violent, sexual or obscene.

Danger lurking on social media for those with eating disorders

Currently, social media networks such as Facebook and Instagram are used by more than 3.6 billion people worldwide.

A greater awareness of their potential dangers can encourage user moderation, and help software engineers, educators and policymakers develop ways to minimise their negative effects, according to the research team.

Boroon is currently investigating factors that influence social media addiction and the strategies people use to regulate their behaviour.

The next step will be to develop and test applications, design features and other solutions that can reduce these negative effects.

* Cost of social exchange: includes both psychological harms, such as depression, anxiety or jealousy, and other costs such as wasted time, energy and money

* Security threats: refers to harms from fraud or deception such as phishing or social engineering

* Cyberbullying: includes any abuse or harassment by groups or individuals such as abusive messages, lying, stalking or spreading rumours