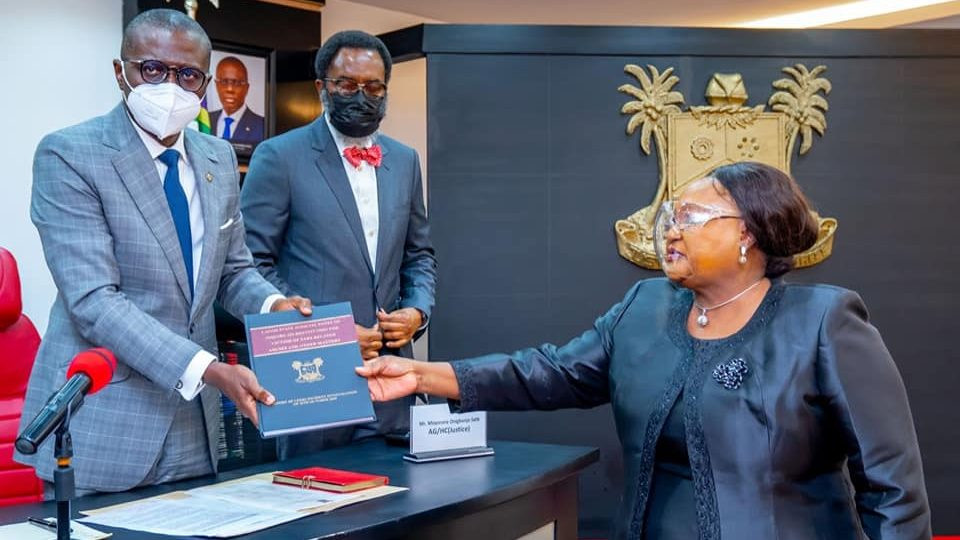 Touchaheart Nigeria reports that the Lagos state administration has ordered that no comments be made about the findings of the EndSARS Judicial Panel report, which was delivered to the state governor, Babajide Sanwo-Olu, on Monday, November 15.

In a statement posted on November 17, the State Commissioner for Information and Strategy made the request. He indicated that the state administration would make its position on the panel report known at the proper time. His statement reads;

‘‘The Lagos State Government has noted the various reactions that have followed the submission of the report of the Judicial Panel of Inquiry on Restitution for Victims of SARS Related Abuses and Other Matters.

There have been arguments in the public space over the report. There is need for us to restrain ourselves from nullifying the good intentions of the government in setting up this Panel, which was well encouraged to do its job – a fact that was acknowledged by the Panel.

In accordance with the Tribunal of Inquiry Law 2015, a committee has been set up to bring up a White Paper on the report to determine the next line of action. At the appropriate time, the Government will make known its views on all the issues raised by the Panel through the release of a White Paper.”