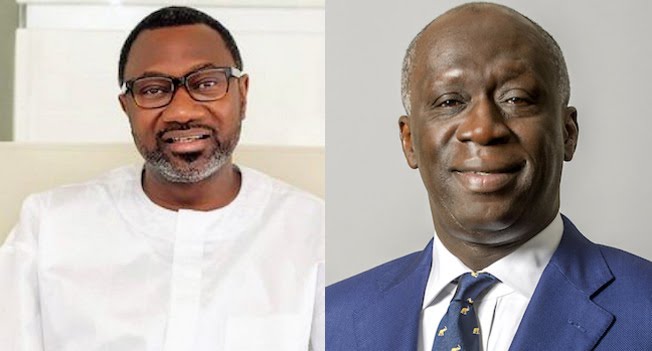 The leadership tussle between Femi Otedola and Tunde Hassan-Odukale for First Bank Nigeria (FBN) Holdings control has opened another can of worms, but this time, at far away Leadway Assurance.

Leadway Assurance subsidiary, Leadway Pensure PFA, conducted an investment which was against the guideline on Investment of Pension Funds set by National Pension Commission (PENCOM).

The pension firm indicted PENCOM in a email sent to Ripples Nigeria, while defending its investment action, as it claimed PENCOM provided the investment vehicle in breach of its own guidelines.

There had been confusion as to who owns the largest shares at FBN Holdings when Otedola bought 5.07 percent control, and a mysterious letter surfaced, declaring Hassan-Odukale had more.

In the past year and 11 months, First Bank had failed to inform its investors and capital market that it had a majority shareholder with five percent and above, and this stakeholder was Hassan-Odukale.

In a bid to reveal the true state of its ownership structure, First Bank said Hassan-Odukale owned 5.36 percent stake through his 0.07 percent direct shares and 5.29 percent indirect stake through Leadway Holdings Limited subsidiaries.

According to the Investment of Pension Fund guidelines, PFAs are instructed not to be involved in deals or trading of securities that could result in conflict of interest.

Section 6.1 iii. of the guideline states that a company is restricted from investing in securities of a firm that shares its stakeholder.
“The PFA or any of its agents are prohibited from investing Pension Fund Assets in the shares or any other securities, issued through public or private placement arrangements, by the following Related party/person of any shareholder of the PFA.”
Section 6.7 also clarified that, “Members of the Board, Chief Executive Officer and Chief Investment Officer of PFAs shall abstain from taking investment decisions in which they have conflicts of interest.”

In this case, Hassan-Odukale is a majority shareholder and chairman of First Bank and also the Managing Director of Leadway – which his father, Olusola Odukale founded – yet invested in the lender.

Leadway Pensure owns 1.89 billion shares in First Bank, which is worth N23.71 billion, according to Touchaheart blog analysis of its investment.

This is a breach of the guideline on conflict of interest, however, PENCOM has been mute about Leadway Pensure’s act, as the regulator didn’t respond to Ripples Nigeria email, and its South West branch said it can’t comment on the situation when contacted.

But in a response to enquiry from this medium, Leadway Pensure said investment instruments, such as shares, are solely provided by PENCOM, meaning the regulator acted against its own regulation.

“Please be informed that as a licensed Pension Fund Administrator, Leadway Pensure PFA invests under the strict guidelines of the National Pension Commission (PENCOM).
“The investment instruments are solely provided by PENCOM and the PFAs are mandated to comply to them strictly. This strict compliance leaves no exception for Leadway Pensure PFA as we are also bound within the confines of the regulations.” Pensure said.