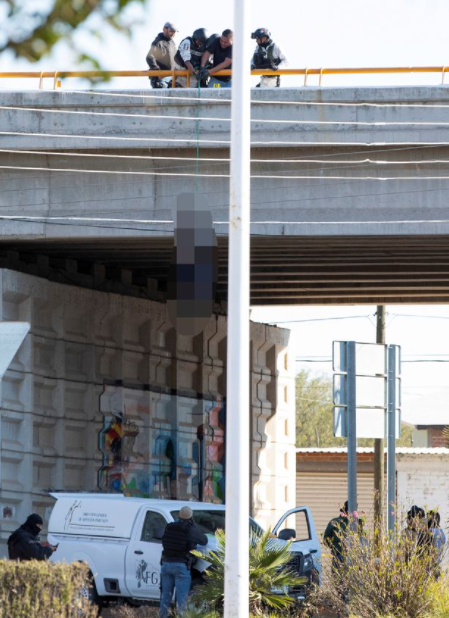 In Mexico, Nine Bodies Dangle from A Bridge

On Thursday, Nov. 18, ten persons were discovered dead in the state of Zacatecas in central Mexico.

reports that Nine victims were discovered hanging from a bridge, and one was discovered on a nearby highway.

The bodies were discovered in the Cuauhtemoc municipality, according to the state administration.

The acts of violence were allegedly conducted in gang-related killings, according to local media.

The individuals involved are thought to be linked to a feud between criminal groups operating in the area.

An “intensive inquiry” was proceeding, according to a representative for the local administration.