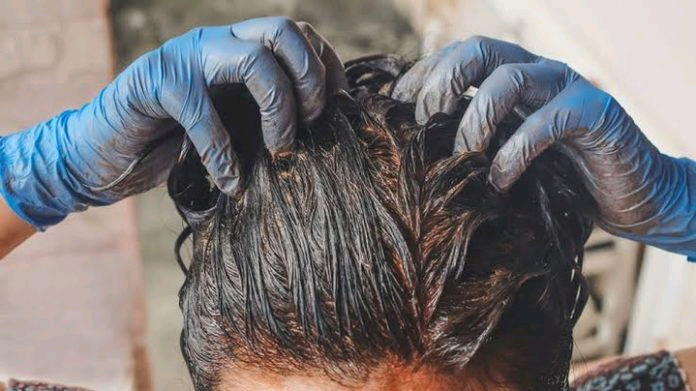 Dyeing your hair can be the most fun thing to do. However, there’s no denying that dyes can often come with harmful side effects. In this article, we have discussed the side effects of hair dyeing that everyone should know before they color their hair.

The following are the side effects of using the dye on your hair:

1. Reactions due to allergies

Paraphenylenediamine is a frequent allergy that can be found in hair dyes (An allergen is a type of antigen that produces an abnormally vigorous immune response, which the immune system fights off a perceived threat that would otherwise be harmless to the body).

So, whether you’re coloring your hair for fun or to enjoy the sensation of dying your hair, you run the danger of serious allergic responses.

People with contact dermatitis are more prone to reactions due to paraphenylenediamine and other chemicals contained in dyes.

As a result, people with skin diseases including eczema and psoriasis should avoid using hair coloring.

It’s also crucial to remember that just because you’ve never had an allergic reaction before doesn’t imply you won’t have one in the future.

Dermatologists have been urging individuals for a long time to avoid using hair dye if they experience any kind of skin reaction because skin sensitivity is a common side effect of hair coloring.

It’s nearly impossible to color your hair yourself without getting the dye on your face. When this happens, the dyes’ compounds can come into touch with your eyes, causing conjunctivitis or pink eye.

In some situations, it produces inflammation and excruciating pain.

Lead acetate is an element that is widely used in permanent hair dyes.

Researchers have revealed that there may be a link between this chemical and male and female fertility disorders. And the fact that nothing has been done about it does not imply that the scientists are incorrect.

However, it is recommended that pregnant women avoid using any type of hair dye because the chemicals present may cause cancer in the unborn child.

Although this might sound shocking and somewhat unbelievable, the fact still remains that it is true.

When permanent hair dyes were first introduced, they were found to have carcinogenic compounds (cancer-causing compounds.)

While the formulas were altered to replace these chemicals, the debate as to whether hair dyes can cause cancer is yet to be settled.

While this is not technically a side effect, it can be cause for some. A lot of people don’t realize just how much goes into the upkeep of colored hair. It is a long-term commitment that will have you rushing back to the salon every month or so, which can be hard on your hair.

Asthma is one of the symptoms of a severe allergic reaction to hair dyes (6). Continued inhalation of the chemicals in hair dyes can lead to coughing, wheezing, lung inflammation, throat discomfort, and asthma attacks.