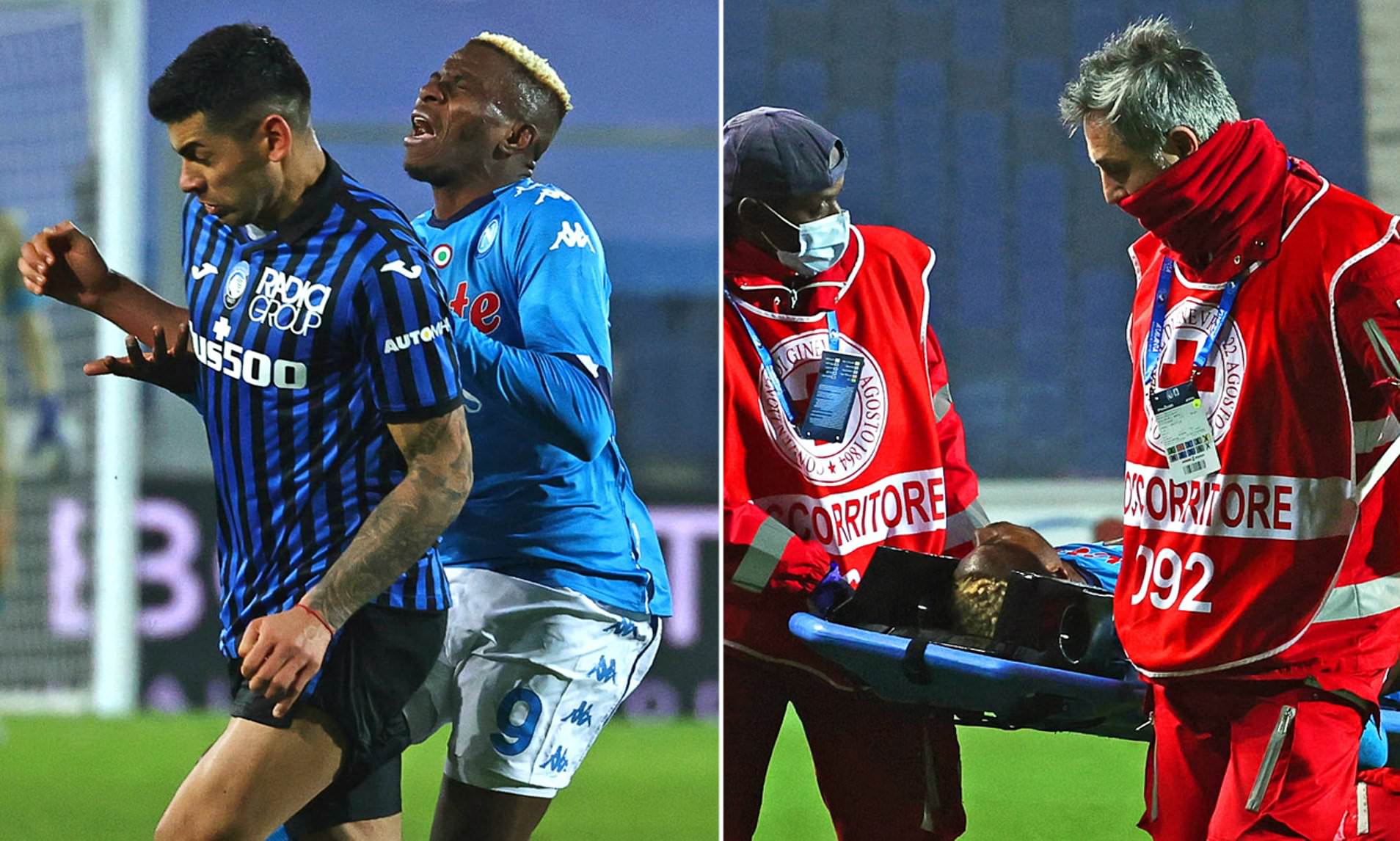 Victor Osimhen had to be transported to the San Raffaele Hospital for examinations after he was diagnosed with head injuries during Napoli’s 3-2 defeat to Inter Milan on Sunday.

Touchaheart Nigeria reports that During a collision with Inter defender Milan Skriniar, Osimhen seemed to fracture his cheekbone.

As he limped off the pitch at the Stadio Giuseppe Meazza, he appeared confused and his face was seriously damaged.

As they both raced for the ball, their heads collided accidentally, but Victor Osimhen was smacked on the cheekbone by the back of Skriniar’s head and suffered a serious injury. Within minutes after the collision, he appeared confused and his eye and cheek were swelled, all of which pointed to a likely fracture.

He’s also no stranger to head injuries, having been knocked out last season after landing awkwardly and smacking the back of his head on the turf.

Osimhen was forced to sit out for several weeks due to concussion protocols and a loss of memory.

Despite the loss, Napoli remains in first place with 32 points, ahead of AC Milan on goal difference, and Inter in third place with 28 points.

Please see the images below