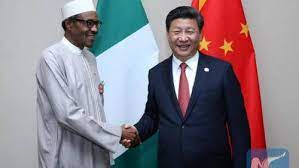 China Advises Citizens Not To Travel To Nigeria

In the wake of the abductions of Chinese citizens in Africa, the Chinese Foreign Ministry in Beijing has issued a warning to its residents and businesses operating on the continent.

According to the News Agency of Nigeria, the disclaimer was given by Foreign Ministry spokesperson Zhao Lijian on Monday, as he confirmed the abduction of five Chinese people in the Democratic Republic of Congo.

He also urged people in perilous situations to flee as soon as possible. The spokesperson stressed that there were “great security risks’’ in Nigeria and Congo, and these incidents were not the first of their kind.

China has significantly increased its investments in the mining industry in Africa in recent years.

This has led to growing local resentment towards wealthy Chinese employees working in countries such as the resource-rich Congo, where living standards are extremely low.

A few weeks ago, Kabila’s successor, Felix Tshisekedi, called for a review of the agreement and for what he termed “fairer deals”.