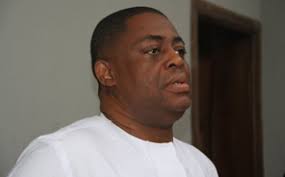 Fani-Kayode Reclaims His Freedom and Shares His EFCC Experience

The Economic and Financial Crimes Commission has released Femi Fani-Kayode, the former Minister of Aviation (EFCC).

Touchaheart Nigeria reports that the former Minister made this statement.

As previously reported by this news outlet, Fani-Kayode was arrested by the EFCC for alleged document falsification and manipulation.

However, after his release, the politician who just switched to the ruling All Progressives Congress (APC) denied that he was arrested, claiming that he was invited by the anti-graft commission and that he honored their offer.

According to Fani-Kayode, he arrived at the EFCC office in Lagos around 2 pm and left around 8.30 pm after he was granted bail on self-recognition.

“Just arrived at the George Hotel for dinner. I was never arrested by the EFCC. I was invited & I flew down to Lagos to see them. I arrived in their office at 2.00 pm & left at 8.30 pm.”

I was granted bail on self-recognition. They were very polite & professional. Thanks be to God,” he narrated in the statement.

He also shared a picture of himself walking into a hotel for dinner on Tuesday night.