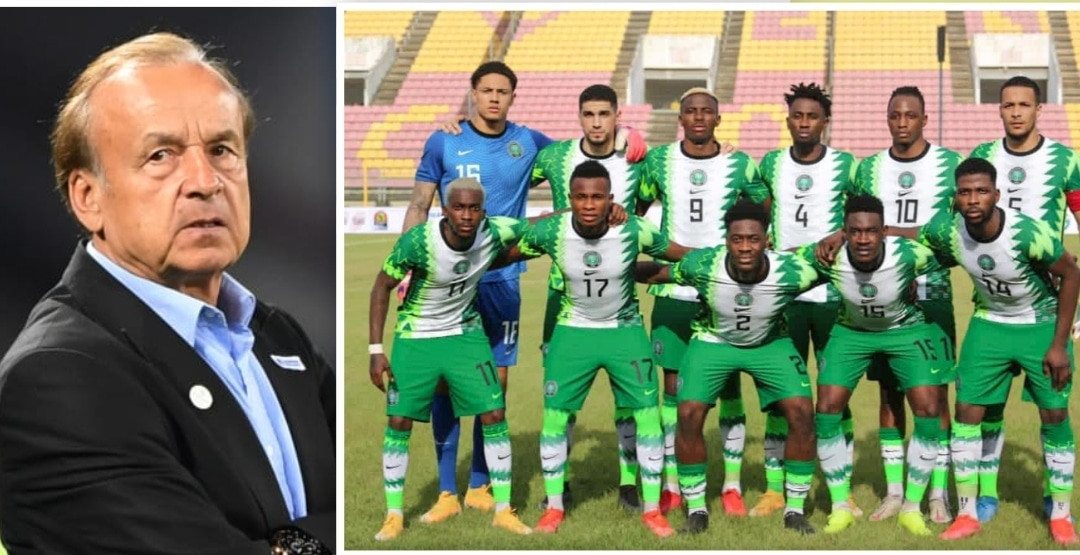 If Gernot Rohr Is Fired Without Proper Procedure, FIFA May Sanction Nigeria- Senate Committee On Sports

Touchaheart Nigeria reports that Senator Obinna Ogba, the Chairman of the Senate Committee on Sports and Youth Development, has stated that FIFA may fine Nigeria if Super Eagles coach Gernot Rohr is fired without due procedure being followed by the Nigeria Football Federation (NFF).

After the team battled to earn a draw against Cape Verde in their final group game of the 2022 World Cup qualifiers, calls for Rohr’s sacking grew louder.

Despite the fact that Nigeria qualified for the World Cup play-offs, the squad’s performance did not inspire confidence among football fans, who fear the team will be eliminated if they face more composed opponents in front of goal.

Senator Ogba has advised supporters demanding for the removal of Super Eagles coach Gernot Rohr to be patient, as firing him without proper process could have serious consequences.

“Yes, so many persons have called for his sack. It needs to be discussed because there was an agreement with the sports operators in football.”

He said to The Guardian.

“There is a way you will sack him, and if you don’t pay him certain amount of money, FIFA will ban Nigeria and when they ban us, you will complain. Why not allow football operators discuss the issues by finding a way out?

“Mind you, part of the agreement is for him to qualify Nigeria for Nations Cup, and he has done that. No matter how he qualified.

“The next thing is the World Cup, and it is still on. For me, I am not Amaju Pinnick, who is the president of NFF. But I am also a board member, and I can tell you authoritatively that among us, many have asked that he should step aside. But it is not something you say for saying sake.

“It has to be a discussion, meetings, and so many things have to be taken into consideration. Even if it warrants sacking him, we will sack him, otherwise we allow him be,” he stated.