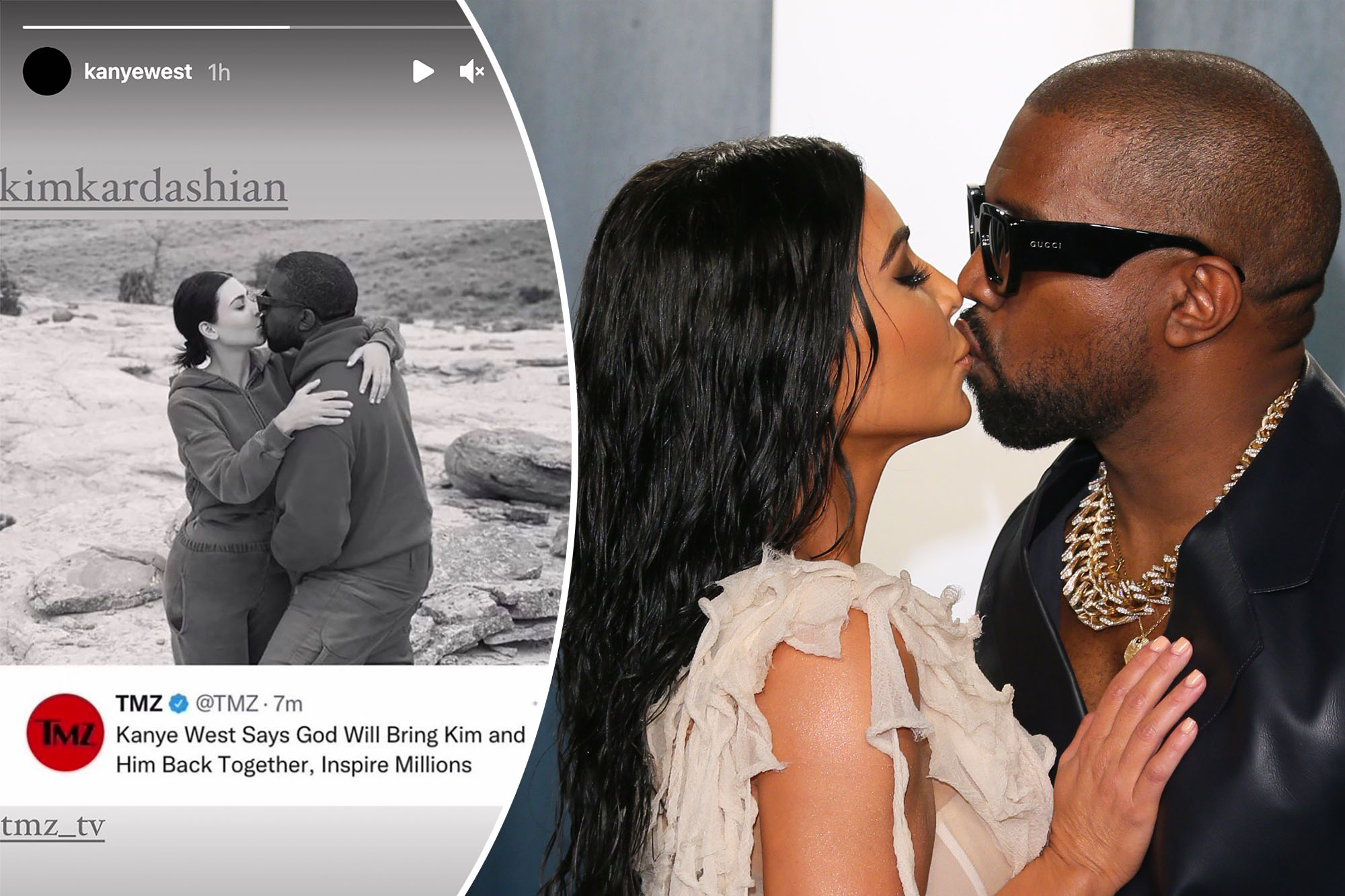 Despite her new affair with Pete Davidson, Kanye West has made another attempt to woo back his estranged wife Kim Kardashian.

‘God will bring them back together,’ the rapper and businessman said in a TMZ piece uploaded to his account, after sharing a kissing shot of himself and the reality star.

On Wednesday, November 24, Kanye spoke about his marriage to the reality star while attending the Los Angeles Mission’s Annual Thanksgiving celebration in Skid Row. During his speech, Kanye expressed his desires for him and Kim to get back together and needing “to be back home.”

Kanye then continued by expressing that he wasn’t going to let E!, Hulu and Disney, networks that work with the Kardashians on their reality shows, “write the narrative of his family. I am the priest of my own home.”

Kanye and Kim share four children together; North, 8, Saint, 5, Chicago, 3, and Psalm, 2. The Keeping Up With the Kardashians star filed for divorce from the rapper in February, after seven years of marriage.

Kim is rumored to be currently dating Saturday Night Live comedian Pete Davidson having been spotted out together severally.