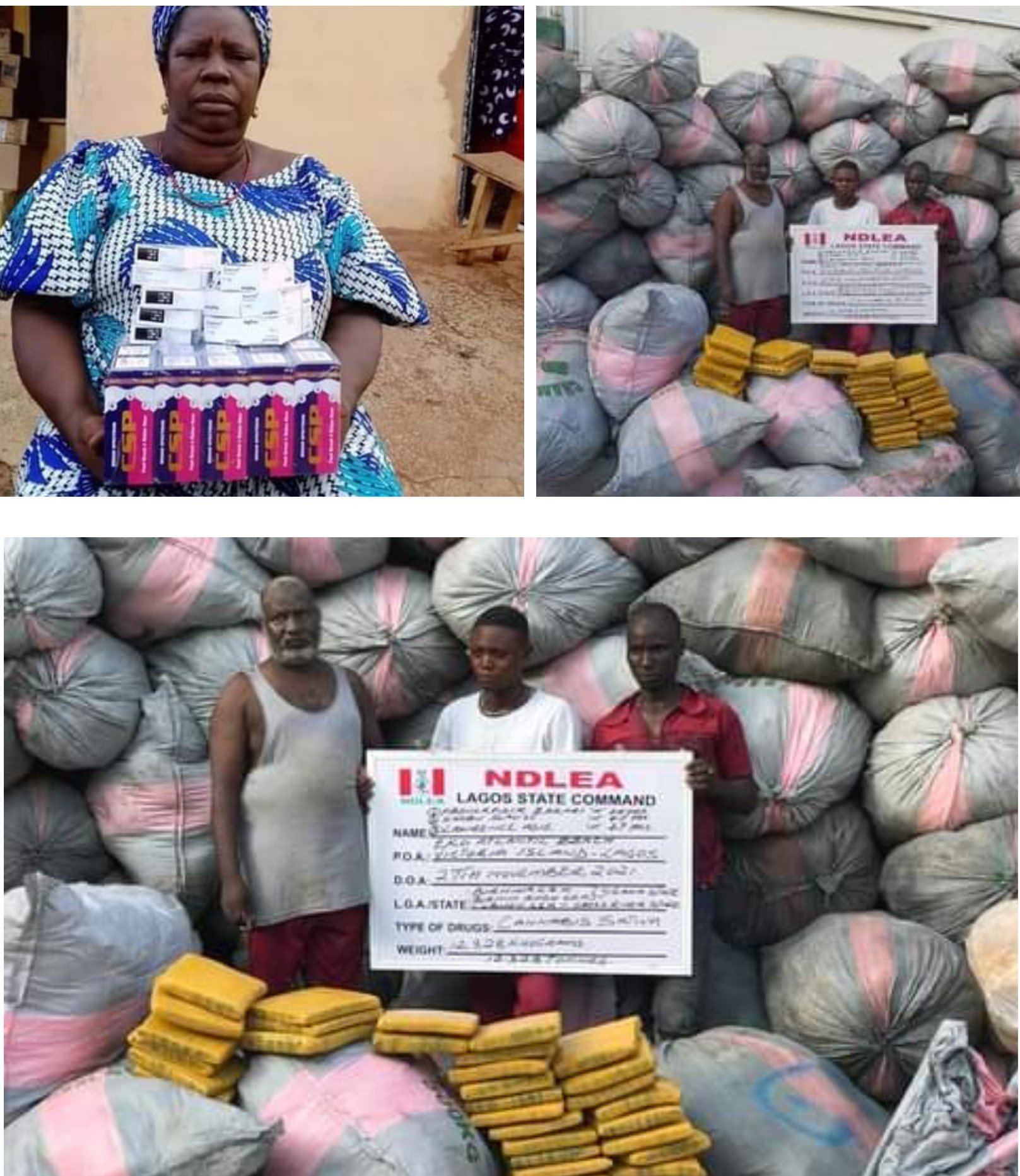 NDLEA Has Confiscated 12,385 kg Of Loud Cannabis Smuggled Via Waterways Into Lagos

The National Drug Law Enforcement Agency, or NDLEA, has confiscated 12,385 kg of Loud Cannabis, a potent strain of the illegal cannabis trafficked from a neighboring nation and smuggled into Lagos via the waterways.

Touchaheart Nigeria reports that Femi Babafemi, the agency’s Director of Media and Advocacy, said in a statement on Sunday that a 70-year-old woman and other suspects had been arrested in Edo in connection with the seizure of almost 5,000 kg of various illicit narcotics across the state.

“Acting on credible intelligence that 12, 385 pellets of Loud Cannabis were brought in from the West African country through the ocean and ferried with boats to the Eko Atlantic Beach, Victoria Island from where they would be distributed to drug hotspots such as Island, Peti Alagba and others across Lagos and other states, over 50 narcotic officers stormed the beach on Saturday 27th November, 2021, recovered the consignments along with two long trucks, a Toyota Sienna bus and arrested three suspects.

Those arrested include: Abdulkadri Zakari, 24; Ka’abu Sausu, 45 and Lawrence Adie, 27,” the statement reads. “In the same vein, a 70-year-old woman, Mrs. Beatrice Aigbedion was among suspects arrested in parts of Edo in connection with the seizure of over 5,000 kilograms of assorted illicit drugs across the state

“After days of surveillance, NDLEA operatives on Wednesday 24th November stormed a warehouse at Uhiere, Ovia North East Local Government Area of the state, where they recovered a total of 4,261.5kg of cannabis sativa and a suspect, Ikong Stanley, arrested. The previous day Tuesday 23rd Nov, 1,240kg was equally seized at a warehouse in Uzebba, Owan West LGA of the state.

NDLEA intercepts 12,385kg of drugs transported into Lagos on waterways, arresting a 70-year-old woman and others.

In Delta state, operatives raided Hampton Towers and Spa Hotel on Okpanam road in Asaba, where Dobedient Etumudor and Thompson Chukwuemeka were arrested with various amounts of psychoactive substances, while another dealer, Emeka Ben, was apprehended with 4.7 grams of methamphetamine along the Asaba-Ibusa road.

Other suspects arrested on Thursday 25th Nov in the state for dealing in Meth, Cannabis, Cocaine, and Heroin include Ifeanyi Odibe, Uche Onwurah, and Justice Obika.

In Kano, a drug dealer, Alhaji Bukar Malan Abdu, was arrested and 143 kilograms of cannabis recovered from him while 466kg of same drug was seized in the home of one Bashir Shuaibu, an indigene of Edo State but resident in Kano, who deals in Cannabis sativa.

Touchaheart Nigeria reports that on Thursday 25th Nov, a drug dealer in Maiduguri, Borno state, Chima Obi was arrested in a follow up operation following the seizure of his drug consignment, 73.2kg codeine, at an NDLEA checkpoint in Postiskum, Yobe state same day.

In his reaction to the arrests and huge seizures in Lagos, Edo, Delta, Kano and Yobe states, Chairman/Chief Executive of NDLEA, Brig. Gen. Mohamed Buba Marwa (Retd) commended the officers and men involved in the operations and urged them along with their compatriots in other commands not to rest on their oars.

He charged them to always strive to record greater feats until the drug supply and drug demand reduction targets of the Agency are fully achieved.