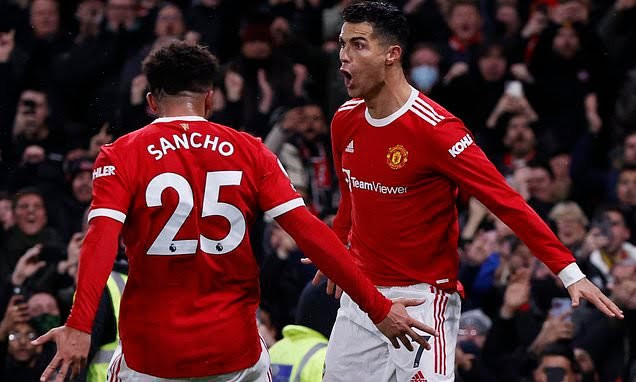 Cristiano Ronaldo scored twice against Arsenal on Thursday night, December 2, hitting the 800-goal mark for his career in a vital 3-2 win for Manchester United after being left out of the starting XI against Chelsea.

Initially, the goal was disallowed, but the VAR examined it and determined that De Gea was injured by a teammate.

Bruno Fernandes pounced on a cross and a lovely assist from Fred to level it 1-1 shortly before halftime.

Both teams came out firing in the second half, scoring twice in the first ten minutes, with Ronaldo scoring first — his 800th goal for both club and country — and Martin Odegaard scoring for Arsenal.

After Fred was fouled in the penalty area in the 70th minute, he scored the game-winner on a penalty kick.

Ronaldo took the penalty kick and converted it.

Manchester United will now kick off a new era under interim manager Ralf Rangnick, who watched from the stands and will take over training on Friday, December 3.

Caretaker Michael Carrick served as manager against Arsenal, his third and final match in charge after the dismissal of Ole Gunnar Solskjaer. He didn’t lose in three games, with two wins and a draw against Chelsea.