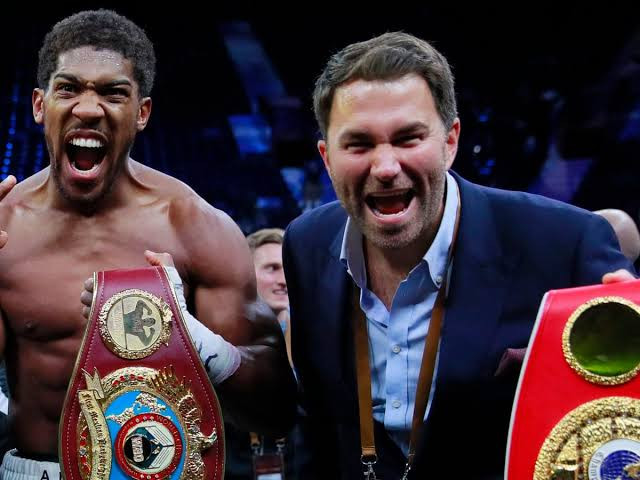 Eddie Hearn, Anthony Joshua’s promoter, has set a price for Joshua to withdraw from his rematch with Oleksandr Usyk in the world heavyweight championship.

Touchaheart Nigeria reports that there have been rumors that Tyson Fury will face Usyk to unify the heavyweight division after Usyk claimed Joshua’s world championships when they clashed in September.

Joshua immediately activated his rematch clause and will face Usyk again in the spring, although Fury’s camp would prefer that he step aside and allow their champion to fight a fellow championship holder.

Hearn now claims that Anthony Joshua giving up the fight so Fury can fight Usyk would cost at least £40 million.

Hearn revealed Fury’s team had “reached out” to request that Joshua step aside.

Speaking about the cost to persuade Joshua to walk away, Hearn said: “Seven figures? A million? If you want to get him not to fight Oleksandr Usyk you have to times that by 40… At the moment there is communication between the two teams to say is it something, and the answer is AJ has not been spoken to about this yet.”

“I’ll deal with it and when I feel there’s an opportunity for Anthony and 258 [Management] we’ll sit down with them and present it to them but I won’t do that until it’s the right opportunity. If there’s a route and an offer and it makes sense then we’ll see but right now, it’s just conversations between the camps.” he added