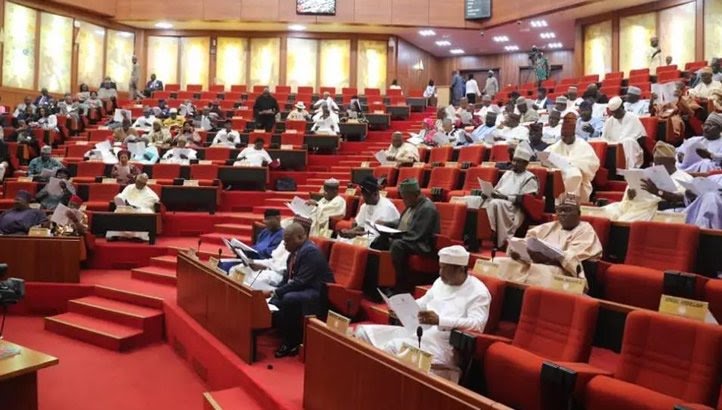 The Finance Bill has made it mandatory for commercial banks to demand Tax Identification Number (TIN), from any individual seeking to open an account with them.

The bill also empowers banks to demand TIN from existing customers if they wish to continue to operate their accounts.

The bill also makes it mandatory for non-resident firms such Google and Twitter to pay taxes to the Federal Government of Nigeria.

President of the Senate, Ahmad Lawan, stated this on Wednesday in his lead debate on the bill, sent to the National Assembly by the President, Major General Muhammadu Buhari (retd.), on Tuesday.

In a lead debate read on the floor of the Red Chamber on Wednesday on the Finance Bill by Senate Leader and Senator representing Kebbi North, Yahaya Abubakar Abdullahi, the Bill disclosed that “Banks will be required to request for Tax Identification Number before opening bank accounts for individuals, while existing account holders must provide their TIN to continue operating their accounts.”

The proposed bill makes provision for payment of tax by foreign firms which derives their profits from Nigeria.

The bill read in part, “The bill makes provision for the Accelerate International Taxation Reforms to enhance the taxation of non-resident individuals and companies that nevertheless derive profits from Nigeria.”

Abdullahi also said the bill made electronic mails as the only channel that tax authorities would accept as a formal means of correspondence with taxpayers;

He added that proposed bill prescribes penalty for failure to deduct tax, noting that this would also apply to agents appointed for tax deduction.

Abdullahi said, “This penalty is 10 per cent of the tax not deducted, plus interest at the prevailing monetary policy rate of the Central Bank of Nigeria. The conditions attached to tax exemption on gratuities have been removed.  Therefore, gratuities are unconditionally tax exempt.

“This seems to be an error in the process of amendments to replace the word “Board” as it appears in Federal Board of Inland Revenue.”

He said the penalty for Value Added Tax late filing of returns increased to N50, 000 for the first month and N25, 000 for subsequent months of failure;

“The penalty for failure to notify FIRS of change in company address to be reviewed upwards to N50,000 for the first month of default and N25,000 for each of the subsequent months of default.

“Many of the changes are expected to have positive impacts on investments and ease of paying taxes especially for the MSMEs.  Going forward, we hope that changes to the tax laws will be on an annual basis to ensure that Nigeria’s tax system continues to evolve in line with economic conditions”

On the Personal Income tax Act, the Senate leader said the amendment clarified that pension contributions would no longer require the approval of the Joint Tax Board to be tax-deductible;

He said, “On the other hand, the bill seeks to remove the tax exemption on withdrawals from pension schemes except the prescribed conditions are met.