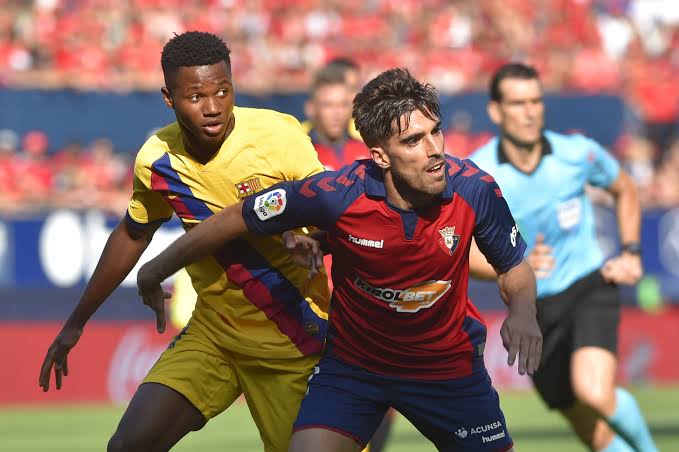 With a 2-2 draw away to Osasuna on Sunday, Barcelona failed to get back on track in La Liga. Barça played poorly throughout the game and managed to concede two goals against a mediocre Osasuna team.

In some respects, this was even more dismal than the setback in Munich, as the Blaugrana are still losing ground on the Top 4.

The first half was defined by Barça’s failure to create any kind of trouble for Osasuna, who were completely outclassed. The Blaugrana tried to maintain a good shape and defend with vigour, but they were leaving holes all over the backline, and they missed too many easy passes throughout the half, preventing them from sustaining attacks and creating chances.

The Blaugrana had only one real chance, and they took it: Gavi delivered a fantastic ball over the top to pick up a perfect run from Nico González, who found himself all alone inside the box and scored. Barça, though, conceded the equalizer just two minutes later, with David Garca thumping home a free-kick to level the score at 1-1.

The last 30 minutes were quite simply unwatchable, with bad pass after bad pass from the Barça attack and very little threat from Osasuna. The halftime whistle finally came and unfortunately there were 45 more minutes ahead.

After a lightning-quick counter-attack, Ousmane Dembélé delivered a cross into the box, which went over the entire Osasuna defense and fell to Ez Abde, who hammered home the second.

After Barça’s goal, there were 40 minutes left in the game, and Osasuna sought to drive forward in search of an equalizer, but the home team lacked imagination and generally fired crosses into the box in the hopes of scoring. With five minutes remaining, Barça failed to effectively clear the ball from an Osasuna corner, and Chimy vila equalized due to a massive deflection from Samuel Umtiti.

The Blaugrana had very little time to look for a winner, and they showed zero creativity or poise in attack and the final whistle came to give each team a point. Don’t let the four goals fool you: this was a really bad game between two mid-table teams that aren’t good enough to compete with the best teams in the league. That’s exactly where Barça stand based on what they showed in this one.