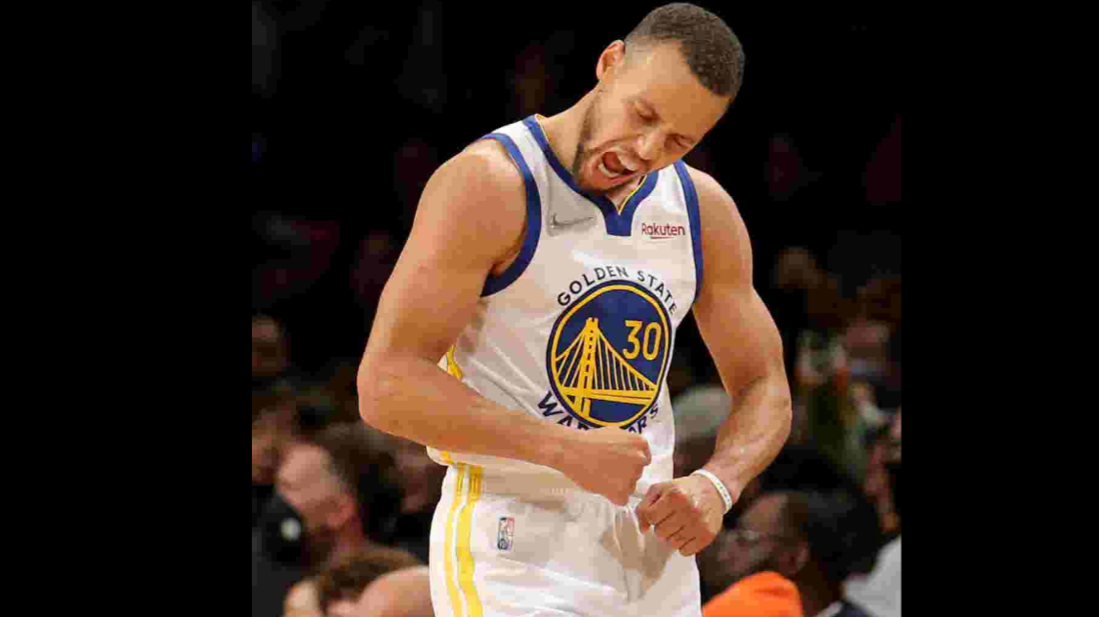 NEW YORK — When then-NBA Commissioner David Stern took the podium in June 2009 at Madison Square Garden to announce the New York Knicks’ eighth overall pick in the draft, most of the fans of the storied franchise that attended were restless, disgusted and not in the mood to hear anything he had to say.

Five minutes earlier, Stern revealed the name Knicks fans had been waiting more than hour that night and quite possibly years to hear.

“With the seventh pick in the 2009 NBA draft, the Golden State Warriors select Stephen Curry from Davidson College,” Stern said.

If disappointment was metaphor for apathetic fans who loathe coming close or losing, what Stern said next might have driven many over the edge.

“The New York Knicks select Jordan Hill from the University of Arizona.”

While Hill had a relatively quiet career, averaging almost eight points a game in eight seasons, Curry, a seven-time All-Star, has not only changed the way the game has looked but also the way it is played.

Chronic ankle injuries early in his career nearly derailed Curry’s evolution, but the persistence, perseverance and hard work was about pay big dividends.

“I think fans are attracted to him just because of his humility and his story and how hard he’s had to work, so from that standpoint it transcends sports somewhat,” Warriors coach Steve Kerr said.

During one nondescript night in February 2013, Curry and the Warriors took on the Knicks at Madison Square Garden.

Then 24 with barely a trace of facial hair, Curry played all 48 minutes, scored 54 points while hitting 11-of-13 3-pointers and dazzled a New York crowd that appreciates good, competent basketball.

The Warriors lost by four points, and it is the last time Golden State has lost to the Knicks at MSG.

Coming full circle almost 13 years later, Curry was back at the “World’s Most Famous Arena” on the verge on history Tuesday.

Scalpers were on the hunt for gullible patrons willing to pay triple face value for nosebleed seats, while the Knicks bumped their ticket prices up to meet the increasing demand to possibly see history.

Inside the arena, 3-point record holder Ray Allen, Reggie Miller, the previous record holder and an analyst for TNT’s national broadcast, and Curry shared a hug on the Garden floor during pregame warmups.

The two-time MVP and three-time champion got the drama over with early, passing Allen as the NBA’s all-time leader in 3-pointers with two in the first quarter.

Curry swished his first shot, a 29-foot bomb from the top of the key after less than two minutes. He missed his second attempt from downtown, but five minutes later, the Warriors worked the ball down to Andrew Wiggins in the post.

Wiggins quickly found Curry, who bounced out beyond the 3-point arc from the free throw line and heaved the record-breaker from the right wing that hit nothing but net to the delight of the 20,000 in attendance.

Curry received a five-minute standing ovation befitting a superstar, with tears from Curry along with hugs from teammates, coaches, his father, Dell, a lethal 3-point shooter in his own right, and another from Allen during the subsequent timeout.

Bob McKillop, his coach at Davidson, and Larry Riley, who drafted Curry smiled with approval from the stands.

“The moment was spectacular. It was an incredible shot, the degree of difficulty was there,” Kerr said. “The aftermath was more emotional than I expected it to be. Beautiful moment in front of fans that appreciate the game so much. The night was perfect, and it pretty much encapsulates who he is.”

While he didn’t have one of his signature shooting nights Tuesday, hitting 5-of-14 from distance and scoring 22 points, it was more than enough to dispatch the struggling Knicks 105-96 for their fourth straight loss.

What Curry is doing borders on absurdity. Now 33 years old, he has set the standard for long-distance shooting, making what used to be a shot attempted out of necessity into a dangerous weapon, capable of neutralizing any defense.

Warriors forward Draymond Green said the moment was inevitable and the only thing was missing was teammate Klay Thompson, who is still working himself back from leg injuries that took away his last two seasons.

Allen said before the game that he doesn’t put himself in the greatest shooter of all-time talk.

Steph Curry lets out a roar after sinking his record-breaking 3 at Madison Square Garden.

“I always take myself out of that conversation because I have been able to see Dale Ellis, Dell Curry and Reggie Miller,” Allen said on TNT.

“They sit at the top of my list. I am who I am because of those three players. All three of those guys are part of my DNA.”

With longevity and at his current pace (he is averaging a career-high 5.4 3-pointers per game), Curry has a chance to stretch the record into unbreakable heights.

Some more statistics to drive the point home: Curry has seven seasons with 250 or more 3-pointers. Allen had one. Curry has a made at least one 3-pointer in 152 straight games. The record? Curry with 157 consecutive games, another mark he could break in the coming weeks.

As the young folks like to say, he just hits different. That’s because he is a trendsetter in the greatest sense of the word.

Just watch any basketball game on any level. When players of all skills shoot 30-footers to emulate you because they can, not because they have the skill to make them, then you know people are watching and are special.

Is Curry the greatest shooter ever?

“I’m comfortable with saying that now,” Curry said, raising his hands in the air. “I got that, baby.”