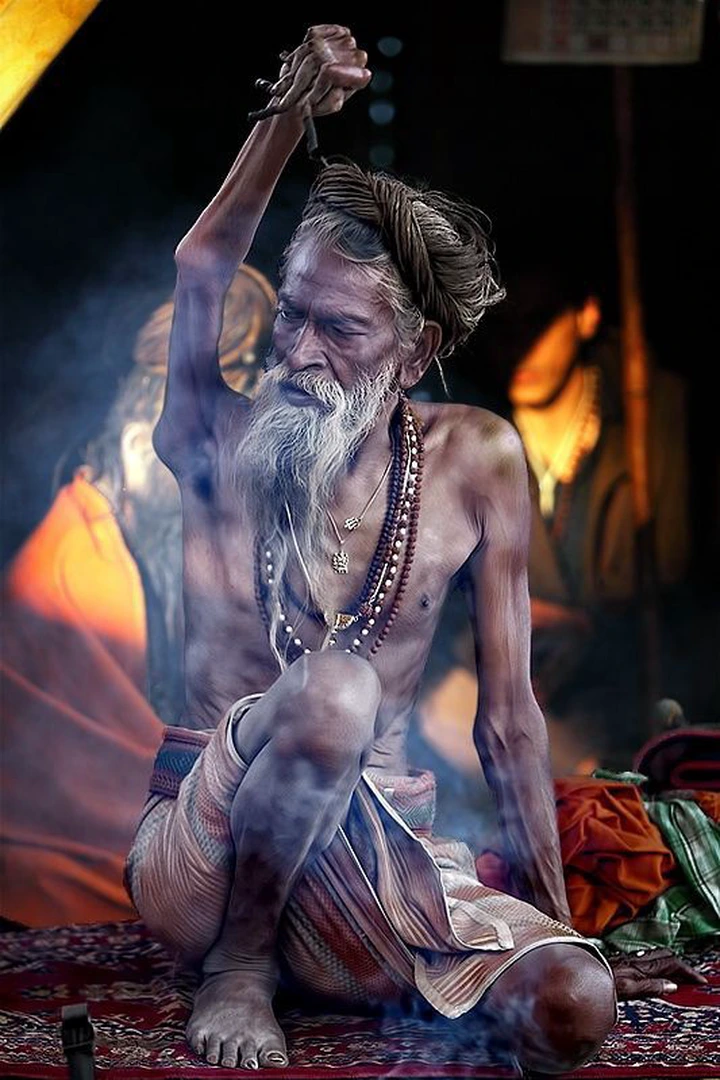 Amar Bharati is known as the Man whose hand has been raised for over 45 years. For a very long time Amar has held his right hand up in the air and has never brought it down for any reason.

According to history, Bharati used to work in a bank in India in the 1970’s. He was also married with a wife and they both had kids. One day Amar made a decision to leave his whole family, his friends and even his job.

He left all these behind to follow his calling as a Monk, he decided to live a holy life away from material things. Amar made a decision to dedicate his whole life to the hindi god called Shiva.

It was not easy for Amar to be a monk at first, he was tempted to go against his belief many times. It was due to these temptations that Amar had to do something different to show his solidarity to the god Shiva.

In the year 1973, Amar decided that he would raise his hand up for the rest of his life. This act alone made him famous around the world and people came to see him.

Amar explained that the reason he keeps his hand up that way is because he is against war. He raised his hand up in the air to show that he wants world peace, and also to show respect to his god.

When Amar raised his hand for the first time, it was not a great experience for him. Even though he felt pain, he still did not bring down his hands from the sky. As years went by, Amar began to loose feelings in the band and the pain disappeared slowly.

The only thing that Amar wants is for everybody to stop the war and live in peace. Amar is still alive and holding up his hands as promised, he has also inspired alot of people to become monks just like him.

Quite alot of Monks have tried to hold their hands up for long, but nobody has been able to beat the record of Amar Bharti. He is still the only person that has been able to keep one hand up in the sky for years.

It would not be easy for Amar to bring down his hands, this is due to some health reasons and some spiritual reasons.

In this article:45 Years, Amar Bharati, Hindi god, Man Whose Hand Has Been Raised, Shiva, Touchaheart