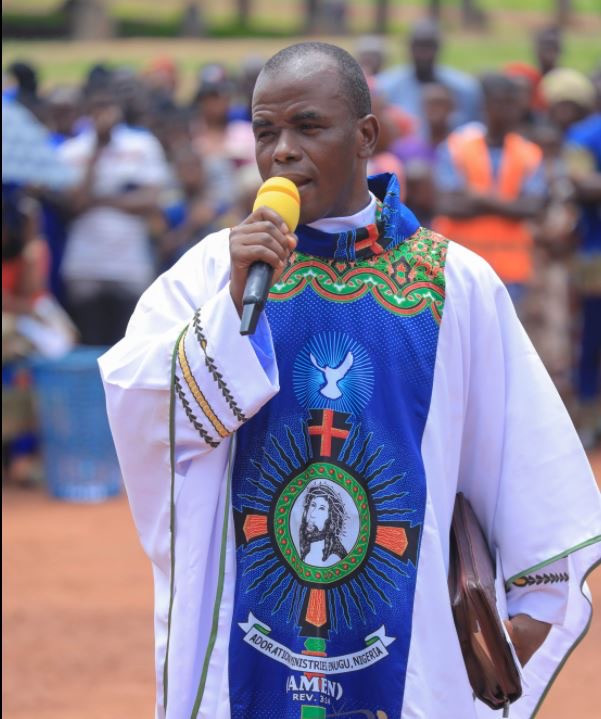 Mbaka Received “Anonymous” DSS Invitation, As He Allegedly Speaks On Plot To Kill Him

Rev. Fr. Ejike Mbaka, Spiritual Director of Adoration Ministry in Enugu, has requested prayers from members of his ministry, claiming that he has received another invitation from the Department of State Services.

Touchaheart Nigeria reports that on Sunday, January 2, the Catholic Priest told his audience that an unknown source had handed him another invitation to be questioned by the DSS.

Mbaka also indicated that his life is no longer secure, and that if the Pope learns about what is going on in his ministry, he will go to whatever length to protect it.

“Anonymous brought a letter here inviting me to the DSS last year. Now, another anonymous has brought another letter from the DSS. Please, you must keep praying for Fr Mbaka.

“If the Pope sees what is going on here, he will go to any length to protect it. Forget about what people are saying. Mbaka may not be the best, but God is using him to glorify his name.

“Look at the hundreds of thousands of people who are gathered here just to worship God in the Catholic Church. Anyone who is working against this kind of gathering must be a Satan incarnate. That person must be doing a special work for the devil.”