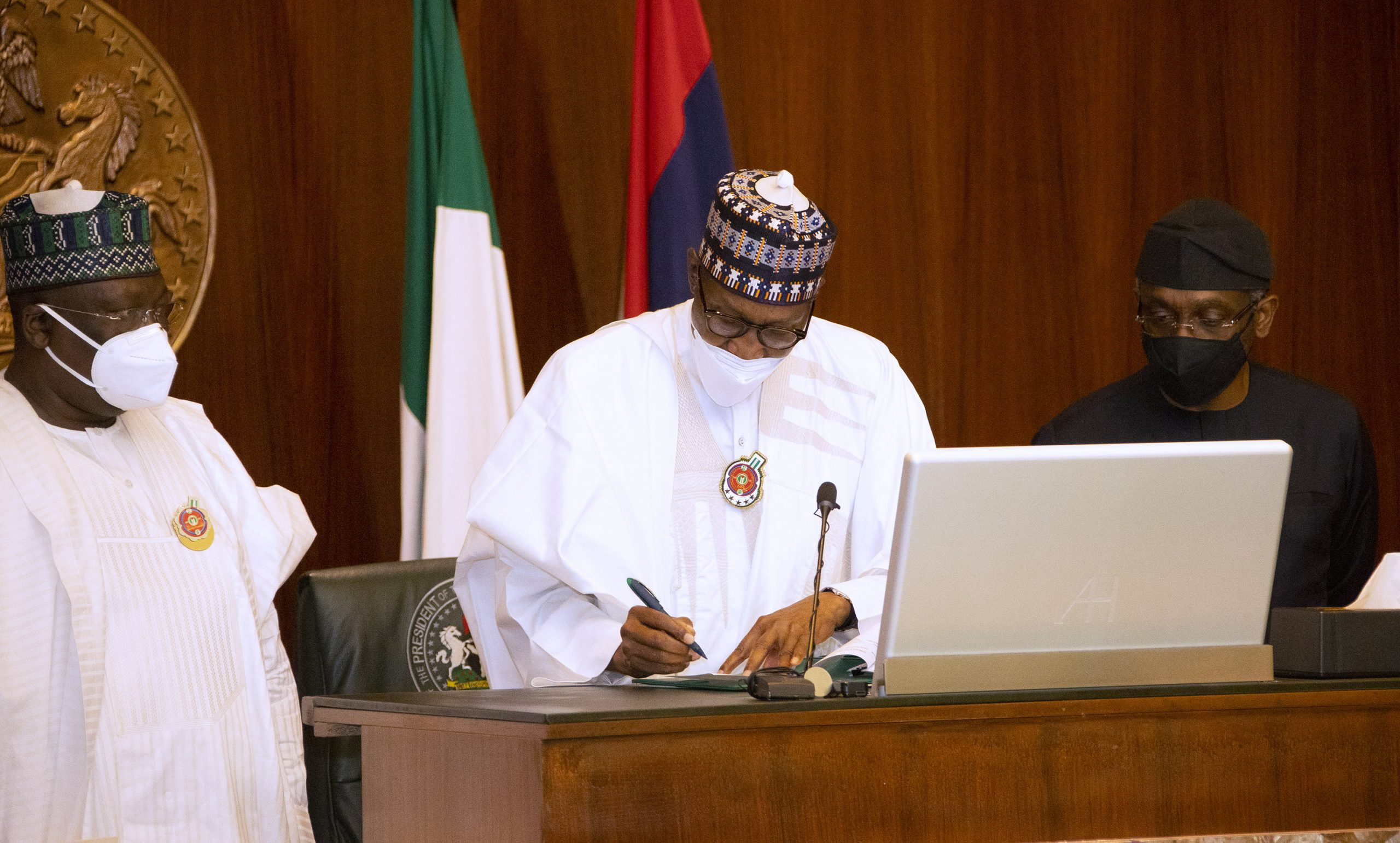 The Presidency Explains Why, Despite Changes, Buhari Signed The 2022 Budget Into Law

President Muhammadu Buhari has revealed why he signed the 2022 budget into law despite changes made before it was passed by the National Assembly.

Touchaheart Nigeria reports that the presidency emphasized that Buhari has no issues with federal MPs in the country, claiming that “innumerable misinformation” are being propagated regarding the president’s disagreement with the parliament.

Although the president voiced dissatisfaction with the changes, the White House pointed out that senate president Ahmad Lawan, speaking after the budget was signed, indicated that disputes like the ones cited by the president were usual in the executive-legislative relationship.

“The Presidency wishes to clear the air regarding the widely-viewed/reported episode on Friday, December 31st, at the State House during the signing of the 2022 Budget and Finance Bill by President Muhammadu Buhari; specifically on the insertion in the 2022 Appropriation Act, of 6,576 new schemes worth about N37 billion by the National Assembly.

“While it is true that the President expressed disagreement with these and many of the other alterations, including the “reduction in the provisions for many strategic capital projects to introduce ‘Empowerment Projects’,” innumerable lies are being spread about the President being “angry” at, had “blasted” or “lashed out” at the Parliament. This cannot be farther from the truth.

“While we note that there are people who are trying to create a fiasco between the two arms of government on account of the budget, we assure that they will, in the end, be disappointed.

“The Executive and the 9th National Assembly have since moved away from the wild, destructive political games of the past, conducting themselves in a way that puts national interest supreme in their decisions.

“We doubt if there is a patriotic citizen who wants to see the return of the operating environment engendered by the 8th Senate when an elected government was held in chains, held hostage to the desperate political ambitions of a clique, and the public denied needed services including that which impinged on national security. Happily, the 9th National Assembly is more about policy than politics.

“Under the constitution, both arms of government are coequal and at the same time, independent and interdependent. The rule of the game is cooperation and the President, as a democrat fully accepts this.”

Serving further explanations on why the President granted assent to the 2022 budget in spite of the alterations, the presidency stated that though 10,733 projects listed in the budget was reduced, while 6,576 new projects were introduced by the national assembly, there are tens of thousands of more provisions in the budget which will have significant developmental impact on the lives of ordinary Nigerians.

“Given Mr. President’s commitment to improving the lot of the Common Man, it was felt that it would not be wise to throw away the baby with the bathwater. Ongoing Capital Projects, Critical Recurrent Votes, Priority New Projects – all feature in the 2022 Budget and Mr. President’s forbearance in assenting to the Budget will save these provisions from implementation delays and other challenges.

“President Buhari is a democrat who deeply believes in the supremacy of the Constitution, with its checks and balances across the three arms of Government.

“In terms of the passage of legislations like the Appropriation Act and other Money Bills, the National Assembly has equal responsibilities with the Executive.

“Indeed, if Mr. President had declined assent to the 2022 Appropriation Bill, the National Assembly has powers to override the President’s veto if they can drum up a 2/3 majority vote.”

In this article:Presidency, President Buhari