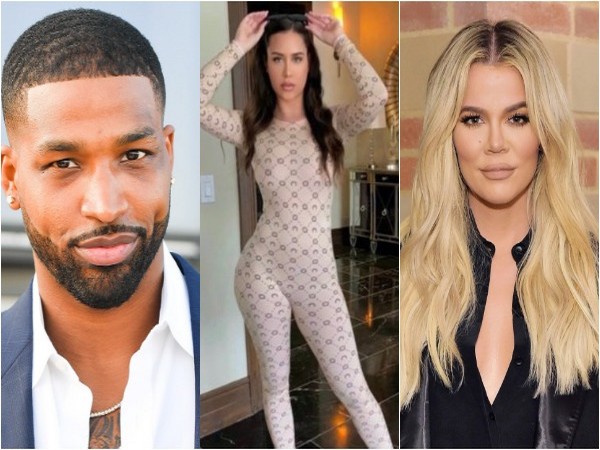 After a paternity test proved he fathered a kid with another woman while they were dating, NBA player Tristan Thompson publicly apologized to Khloé Kardashian.

Touchaheart Nigeria reports that on Monday night, Tristan Thompson confirmed via his Instagram Story that he and personal trainer Maralee Nichols had a baby boy.

“Today, paternity test results reveal that I fathered a child with Maralee Nichols.

“I take full responsibility for my actions. Now that paternity has been established. I look forward to amicably raising our son.

“I sincerely apologize to everyone I’ve hurt or disappointed throughout this ordeal both privately and publicly.”

In a second slide, Thompson acknowledged how his relationship with 31 year old Nichols hurt Kardashian, 37, whom he was still dating when his newborn was conceived.

“You don’t deserve the way I have treated you over the years.”

Thompson went on to say that his actions “certainly have not lined up” with his personal view of the “Keeping Up With the Kardashians” alum.

“I have the utmost respect and love for you. Regardless of what you may think,” he added. “Again, I am so incredibly sorry.”

Thompson had denied having intercourse with Nichols in California, stating that the “only” conceivable date of conception for the child is March 13, 2021, which is his birthday when he was in Texas, according to the paternity case. Nichols said the child was conceived in April in earlier court records and a declaration last month.

Thompson said in court records that he exclusively interacted with Nichols through Snapchat, a photo messaging program that deletes messages after they’ve been read, and that their connection was “based on s*x only.”