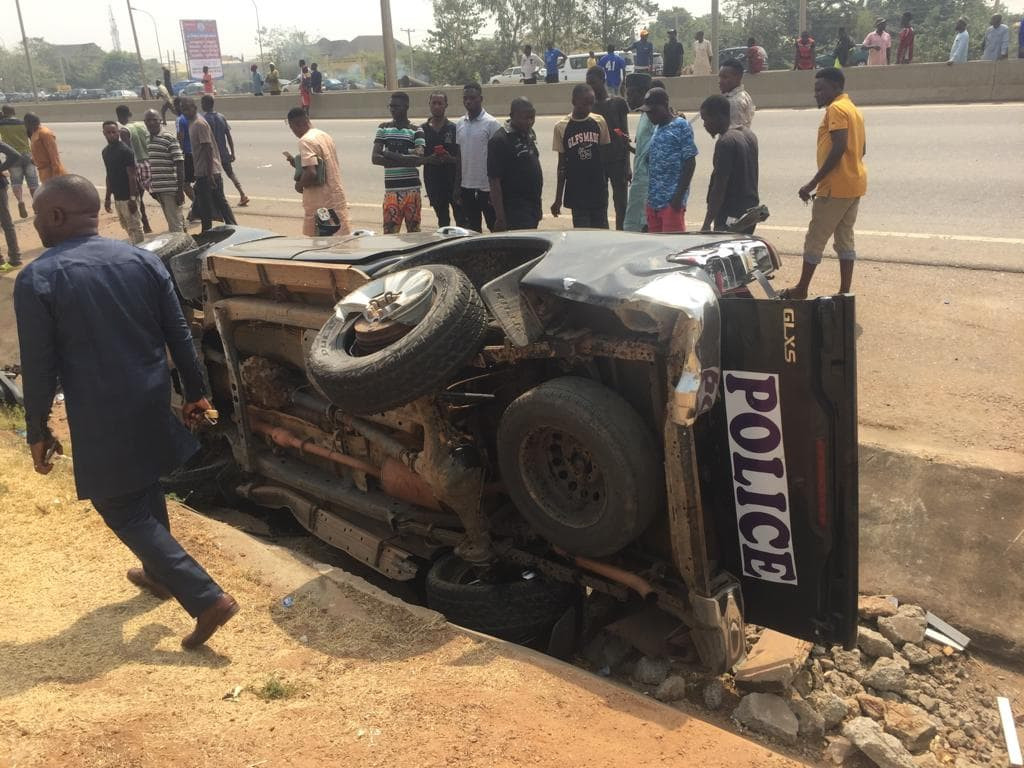 Following an accident involving a police van, three cops have been confirmed dead.

Touchaheart Nigeria reports that the disaster happened on the Kubwa-Zuba road in Abuja, near the famed Gwarinpa Estate, after the tyres of the van carrying personnel from the Nigerian Police’s Special Tactical Squad (STS) blew off.

According to an eyewitness, the Police Hilux van abruptly veered off the road and into the drainage, where three officers perished instantly and others were critically injured.

The eyewitness identified as Musa said;

“I was about crossing to the next lane when the police escort van on speed suddenly lost control and crashed into the drainage, leaving three policemen dead.”

Another eyewitness told the publication that the officers were escorting a group of officers who were on their way to Kaduna for a special mission.

According to reports, authorities from the Federal Road Safety Commission’s (FRSC) Kubwa unit leadership and the FCT Emergency Management Agency (FEMA) arrived at the scene to transport the dead to an unidentified hospital.

Josephine Adeh, a spokesman for the FCT Police Command, confirmed the occurrence and termed it as tragic.

“It is really sad we lost our officers”