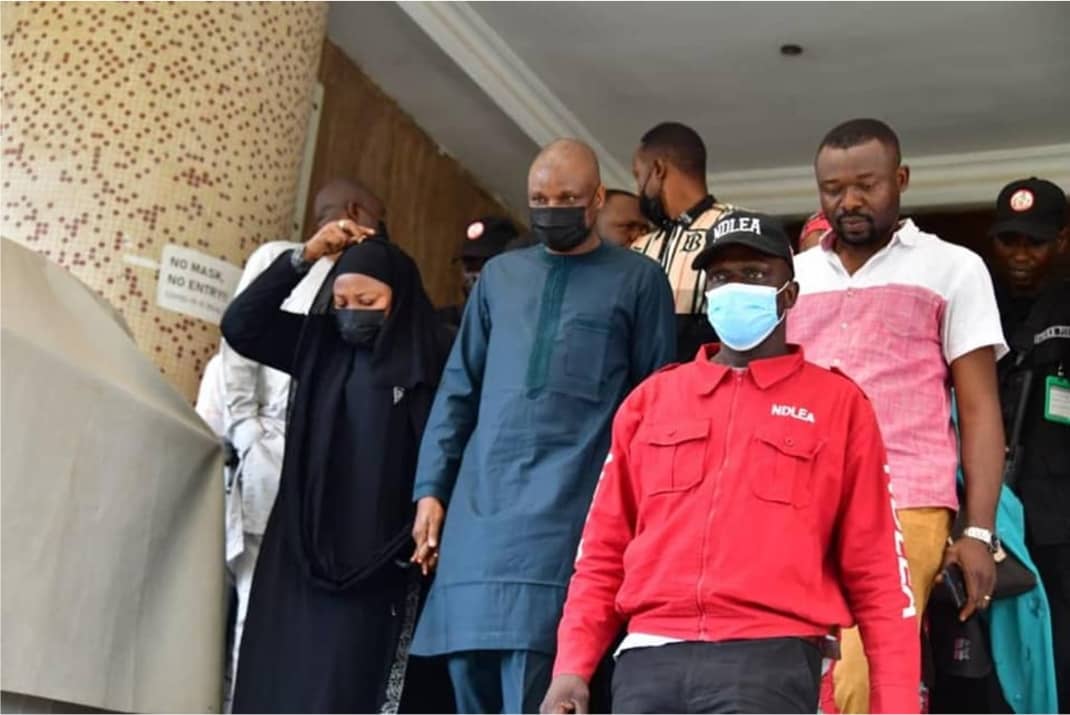 The National Drug Law Enforcement Agency (NDLEA) has been accused by Abba Kyari, a suspended deputy commissioner of police, of providing cover for drug traffickers to smuggle cocaine into Nigeria.

Mr Kyari, who is on trial in Abuja’s Federal High Court for his alleged role in a cocaine sale, said that “corrupt” NDLEA officials set him up for requesting a payoff for a whistleblower who helped the police Intelligence Response Team arrest a suspect.

The suspended detective, who led the special police unit the Intelligence Response Team (IRT), which is credited with dismantling multiple criminal cartels, has been in the spotlight since he was first implicated by the US government in a multi-million-dollar Internet fraud case.

Mr Kyari is wanted in the United States for allegedly assisting and abetting Hushpuppi, an Instagram celebrity, in committing a $1.1 million fraud.

Hushpuppi is awaiting trial after pleading guilty to the accusations in a separate case filed in the Central District Court of California, while Mr Kyari, his accused collaborator, is being imprisoned by the NDLEA for a different crime.

Mr Kyari and four other police officers were charged with illegal cocaine trading before Emeka Nwite of the Federal High Court in Abuja on March 7.

Non-police officers Chibuna Umeibe and Emeka Ezenwanne admitted to being involved in the illegal importation of 21.35 kg of cocaine.

Mr Kyari and the other four police officers, meanwhile, have pleaded not guilty to the eight-count accusation.

Mr Kyari, however, sued the anti-narcotics agency for violating his fundamental human rights from the time of his detention on February 12 until his arraignment last week.

He claimed N500 million in compensation, among other things, for the violation of his right to freedom of movement.

In a court document deposed to by one Muhammad Nur Usman who identified himself as Mr Kyari’s younger brother, he told the court that NDLEA officials usually cleared the drug baron “and even escort him from the airport to his destination,” Vanguard Newspaper reported.

Mr Kyari went on to say that on that fateful day, the suspect “like usual” sent drugs (cocaine) from Ethiopia to Enugu Airport, which led to his detention by the anti-narcotics agency. After an NDLEA officer cleared him to enter the airport, a FIB-IRT officer used information to arrest the man.

“That before the informant accepted to work with the officers of FIB-IRT, they both had an agreement to compensate the informant.

“That officers of FIB-IRT, having noticed that officers of NDLEA were the ones clearing the said suspect with his drugs (cocaine), they immediately took the suspect to NDLEA and also reported those officers involved in the act.

“That instead of the NDLEA to handle the matter accordingly and bring their officers involved to book, they decided to frustrate the informant, thereby refusing to compensate the informant.

“That it was at this juncture that the attention of the DCP Abba Kyari was called, who because the NDLEA officer involved is his friend, decided to intervene for the purpose of compensating the informant.

“That the NDLEA officer who refused to compensate the informant was the one who framed DCP Abba Kyari up on a trumped-up allegation that he was trying to bribe him.

“That the agent of the respondent declared the applicant wanted because of a mere allegation that he was trying to bribe an NDLEA officer without sufficient proof.

“That the Nigerian Police Force, based on the allegation of the respondent, arrested the applicant on February 12, 2022, and handed over to the NDLEA.”

Despite the fact that Mr Nwite, who is adjudicating Mr Kyari’s cocaine trial, has deferred ruling on the latter’s bail plea, the troubled cop continues to fight the NDLEA through another case before Inyang Ekwo, another federal court in Abuja.

In this article:Abba Kyari, NDLEA