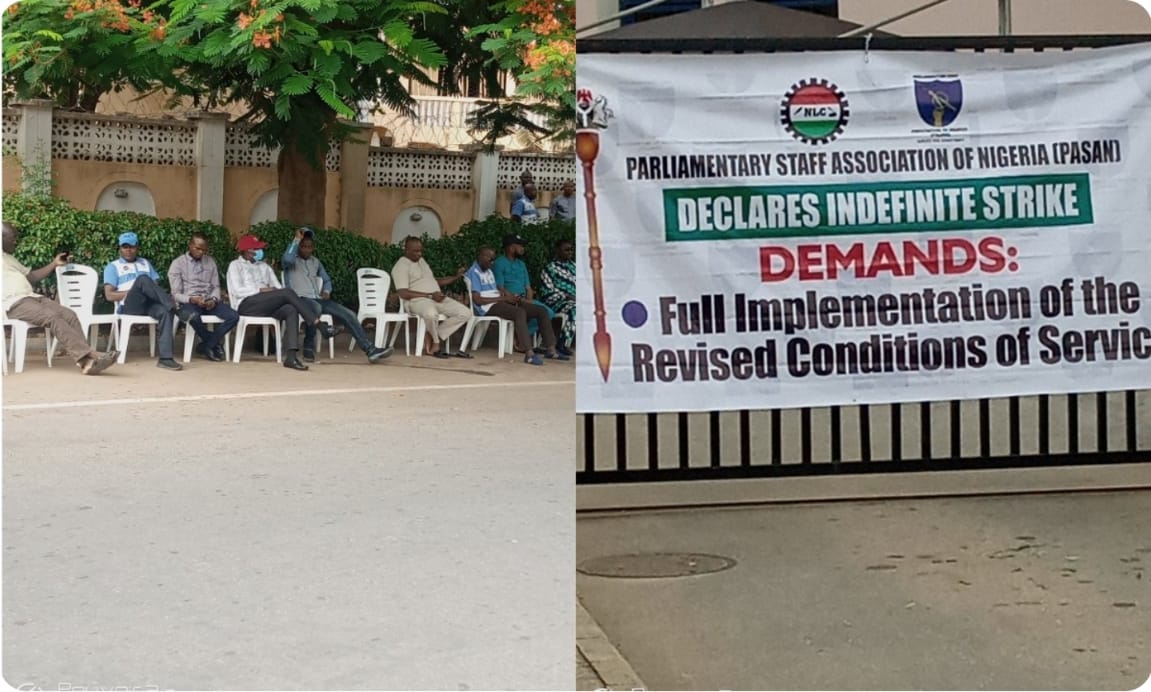 The National Assembly Has Been Shut Down; See Why

Touchaheart Nigeria reports that the Parliamentary Staff Association of Nigeria (PASAN), which is demanding complete execution of their new condition of service, began an indefinite strike on Monday, June 6, 2022.

PASAN wrote the Senate President, Ahmed Lawan, and the Speaker of the House of Representatives, Femi Gbajabiamila, in May 2020, pleading with them to intervene in a brewing crisis caused by an alleged plot to halt the implementation of the revised condition of service for members, according to this online news platform.

However, according to a member of PASAN EXCO who spoke to DAILY POST on the condition of anonymity, lawmakers have yet to apply the service requirement.

Members of PASAN EXCO have resolved to halt activities of the National Assembly until their needs are addressed, according to a member of PASAN EXCO.

He said, “The two chapters, National Assembly Commission and the National Assembly chapter have unanimously agreed that we will are going on an indefinite strike because we have a Memorandum of Understanding, MoU that was signed but the management has refused to implement the agreement.

“There was an act on consequential adjustment on minimum wage, the Federal Government has released fund for that but till date, the National Assembly Service is being owed the arrears of that minimum wage”.