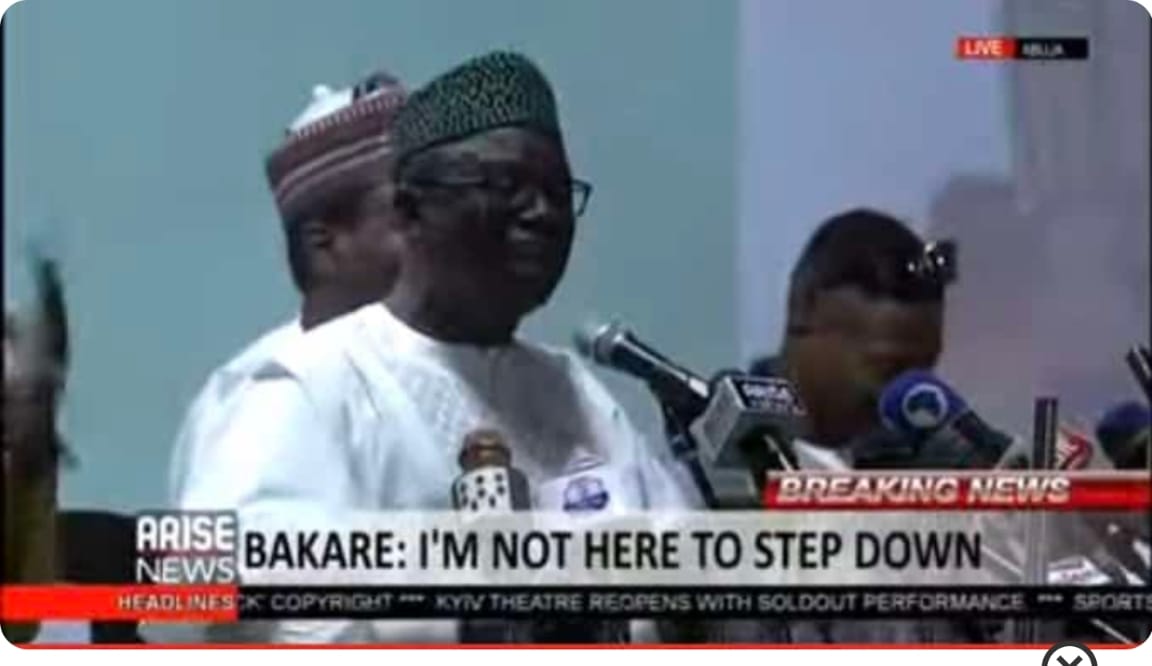 APC Presidential Primary: ‘I Will Not Step Down For Anyone’- Tunde Bakare

Tunde Bakare has stated that he will not run for President of the APC in the primaries.

Touchaheart Nigeria reports that Pastor Tunde Bakare, a presidential candidate for Nigeria’s ruling party, the All Progressives Congress (APC), has promised to restructure the country if elected.

This online news site understands that, unlike other APC Presidential aspirants, Tunde Bakare has voiced confidence in his ability to become Nigeria’s next president.

Before his speech, Tunde Bakare called for one-minute silence for victims of the Owo terrorist attack. “I am not here to step down for anyone. I am here to step up as the 16th President of the Federal Republic of Nigeria,” he said.

Tunde Bakare made the remarks at the ruling party’s special convention, which is now taking place at Eagles Square in Abuja, Nigeria’s capital.

In his words: “I respect every aspirant here, including Asiwaju Bola Ahmed Tinubu.

“But I am not stepping down for anyone.

“I am here by the grace of God to step up and contest to become the 16th president of the Federal Republic of Nigeria,” the cleric said.

Tunde Bakare also stated that he will develop Nigeria with the genius that he is.

Selected members of the APC gathered on Tuesday to vote in important primaries to elect a candidate to succeed President Muhammadu Buhari in next year’s election (retd.).

More than 2,300 APC delegates will choose a candidate to run against Atiku Abubakar, 75, of the opposition People’s Democratic Party, and others in the presidential election on February 25.

The Nigerian president has spent the days running up to the convention in talks with the APC’s leaders, attempting to reach an agreement on a party candidate.