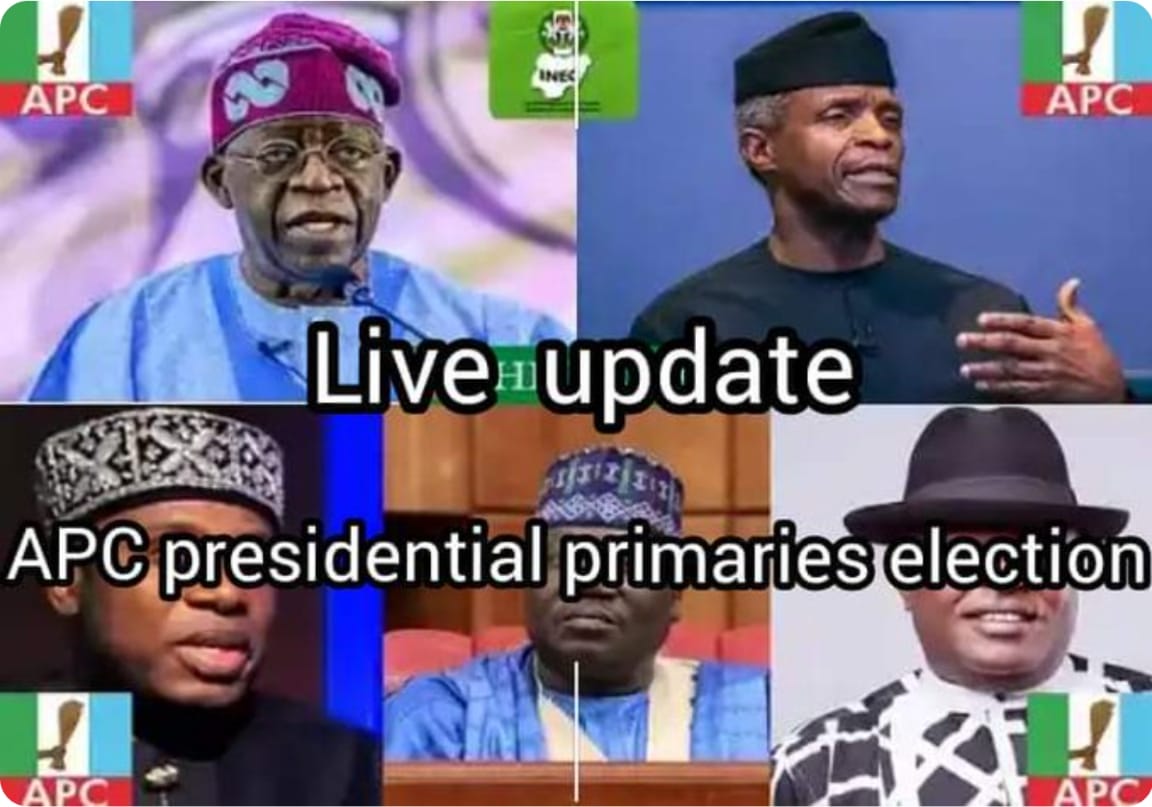 Below are live updates of the APC Presidential Primaries Results.

The APC Special Convention 2022, will see APC delegates elect a flagbearer, also known as the APC Presidential Candidate for the 2023 Election.

Touchaheart reports that more than 2,300 APC delegates will choose a candidate to fight 75-year-old Atiku Abubakar of the opposition People’s Democratic Party, among others, in the February 25 presidential election.

The Nigerian president has spent the days running up to the convention in talks with the APC’s leaders, attempting to reach an agreement on a party candidate.

Those contesting the APC Presidential Primary are:

APC Aspirants that stepped down for Tinubu are:

Only APC Aspirant that stepped down for Osinbajo is:

Below are APC Presidential Primaries Results:

Tinubu pocketed the firstt box with over 200 votes ahead of his contenders, Osinbajo, Amaechi, and Lawan.