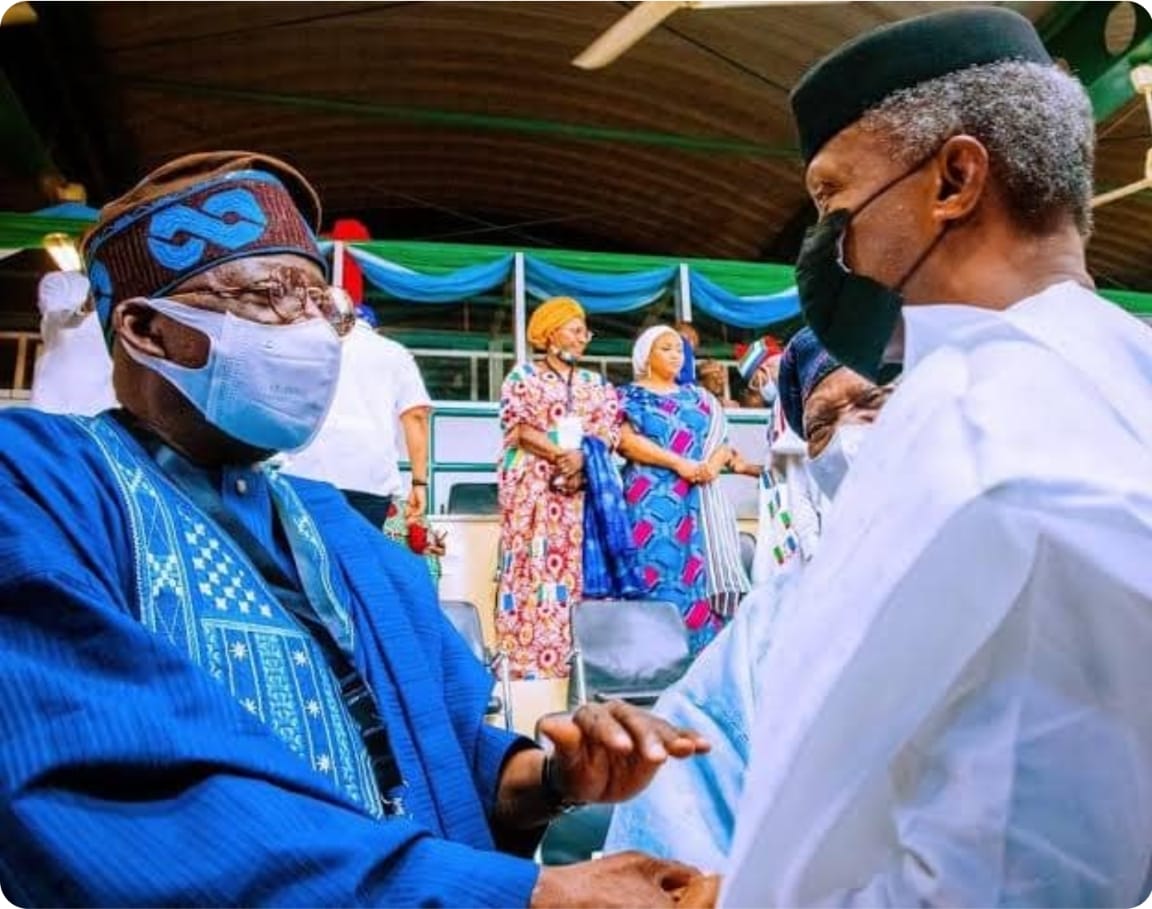 Tinubu has been congratulated by Osinbajo for winning the APC primaries.

Osinbajo said this in a statement titled, “VP Osinbajo congratulates Asiwaju Tinubu on his victory at APC Presidential Primary Election.”

The statement read, “I congratulate Asiwaju Bola Ahmed Tinubu on his victory at our party primaries and his emergence as the Presidential Candidate and Flagbearer of our great party, the APC for the forthcoming 2023 Presidential Elections.

“I also congratulate President Muhammadu Buhari and all leaders of the APC for a successful Special Convention and Presidential Primary.

“For many decades, our Flagbearer has shown passion, patriotism, courage and determination in the cause of nation-building. His sterling contributions to our democracy and its progress stand him out.

“His wealth of experience will certainly be critical in our party’s continued efforts to attain a more secure and prosperous Nigeria.

“To all members of our great party, regardless of who you voted for at the primaries, we must now unite behind our Presidential Candidate and Flagbearer to ensure victory for our party in the 2023 elections.

“As true progressives, we must remain strong and united in pursuing our collective vision as a party toward building a country that can provide a decent life and livelihoods for all our people.”

Nine aspirants have previously stepped down, with eight urging followers to vote for Tinubu and one urging them to vote for Osinbajo.

They urged their followers to vote for Tinubu, as did Mrs. Uju Ken-Ohanenye, the only female candidate.

Pastor Felix Nicholas, a candidate from the United States of America, stepped aside as well, urging his supporters to vote for Osinbajo.

At the convention, a candidate, Chukwuemeka Nwajiuba, the immediate previous Minister of State for Education, was conspicuously absent.