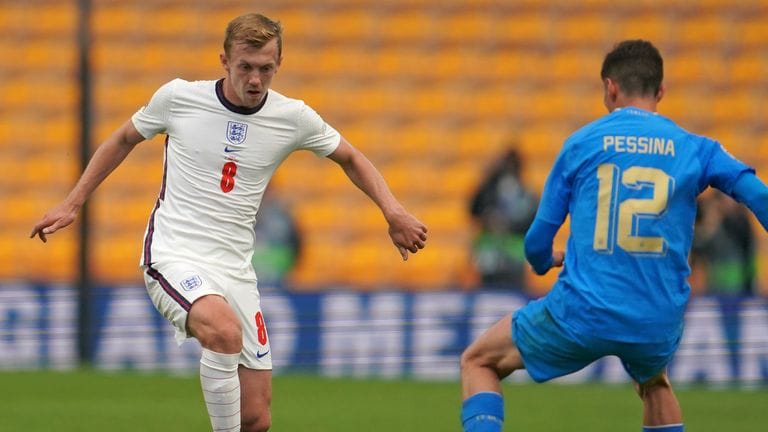 England vs Italy: Ended in a draw, leaving Southgate’s side bottom of the group

WOLVERHAMPTON’S MOLINEUX STADIUM — After a goalless draw with Italy, England is winless at the halfway point of their UEFA Nations League campaign.

The outcome, which was unsurprising given the players’ exhausted performances, puts the visitors in first place in Group A3 with five points, while England is in last place with two.

The game was played ‘behind closed doors’ at Wolves’ Molineux as a punishment for the violent unrest by fans at Wembley on the day of the Euro 2020 final between these two sides last year. UEFA did, however, allow half of the stadium to be used to accommodate local schoolchildren, resulting in a unique atmosphere.

The Three Lions were coming off a shocking loss to Hungary and a reasonable draw in Germany, while Italy had four points from their first two games after being thrashed by Argentina in La Finalissima earlier in the month.

7 – England have failed to score in seven of their 15 UEFA Nations League games (47%). Indeed, seven of the last eight times the Three Lions have failed to find the net in all competitions have been in this tournament. Denied. pic.twitter.com/4qwoVQYFN3

In the days building up to this match, Gareth Southgate was chastised by elements of the England supporters over his team selection, with some calling for a more offensive strategy – notably, the inclusion of Jack Grealish. The Manchester City playmaker started, while Serie A duo Fikayo Tomori, who helped AC Milan win the Scudetto this season, and Tammy Abraham, who was a major cog in Roma’s Europa League success, both had big chances.

Grealish was England’s most dangerous player on the night, securing his place in the starting lineup. He got along well with Mason Mount, yet the two couldn’t quite make it work. Mount got the closest to doing so, hitting the crossbar in the first half, while Raheem Sterling should have done better from close range early in the second.