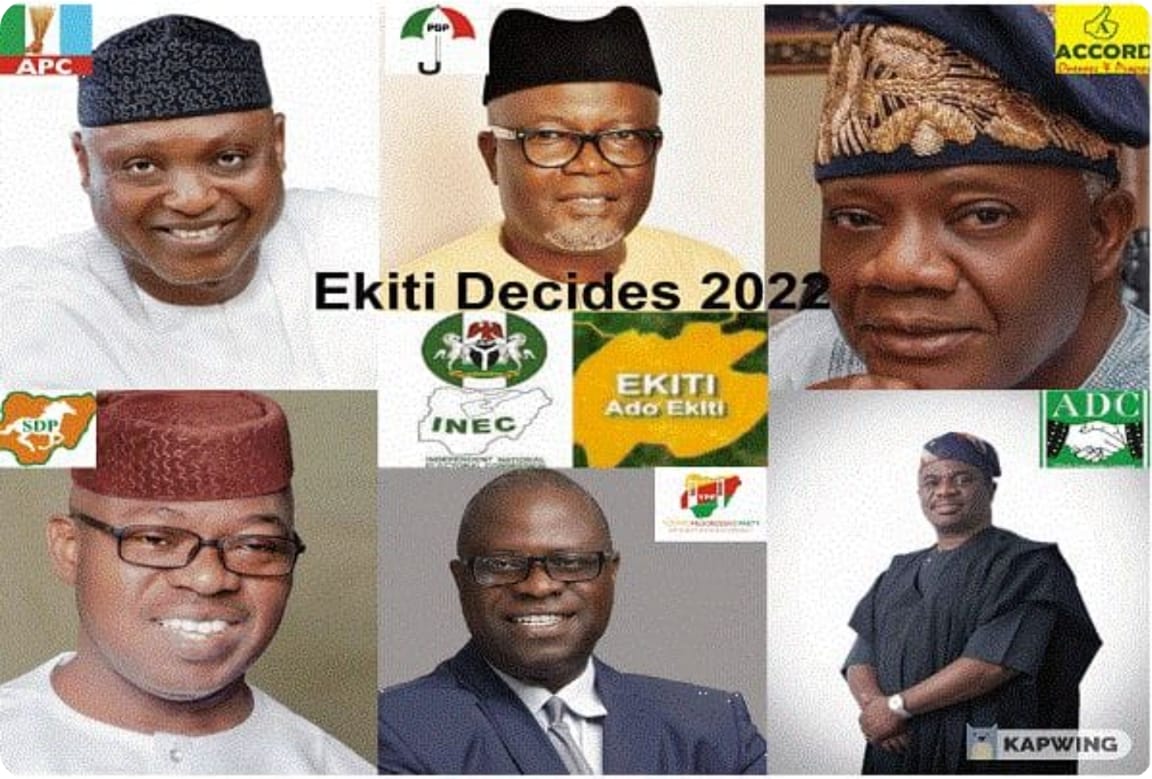 The First Ekiti Election Result For #EkitiDecides2022 Has Been Released

For #EkitiDecides2022, the first Ekiti election result has been released

The governorship election in Ekiti is being held in sixteen (16) Local Government Areas (LGAs), one hundred and seven (177) Wards, and two thousand, four hundred and forty-five (2,445) Polling units, according to this internet news source.

Here are the 16 Local Government Areas in Ekiti State:

Although political analysts have characterized the Ekiti election of 2022 as a three-horse race, other political parties such as the Young Progressives Party (YPP) and its candidate, Ranti Ajayi; the African Democratic Congress (ADC), represented by Oluwole Oluyede; and the Action Democratic Party (ADP), represented by Kemi Elebute Halle, cannot be dismissed.

Touchaheart Nigeria reports that all of the governorship candidates are vying to succeed Kayode Fayemi, the state’s executive governor, and fought it out in a debate held in Ado-Ekiti last Saturday when they laid out their goals and objectives to the people of the state.

Below is the First Ekiti Election Result…

Governor Kayode Fayemi of Ekiti State, on Saturday, won his polling unit for the candidate of the All Progressives Congress, APC, Mr. Biodun Oyebanji.

Please note that these results are yet to be confirmed by the Independent National Electoral Commission, INEC, the only body recognized by law to declare election results.