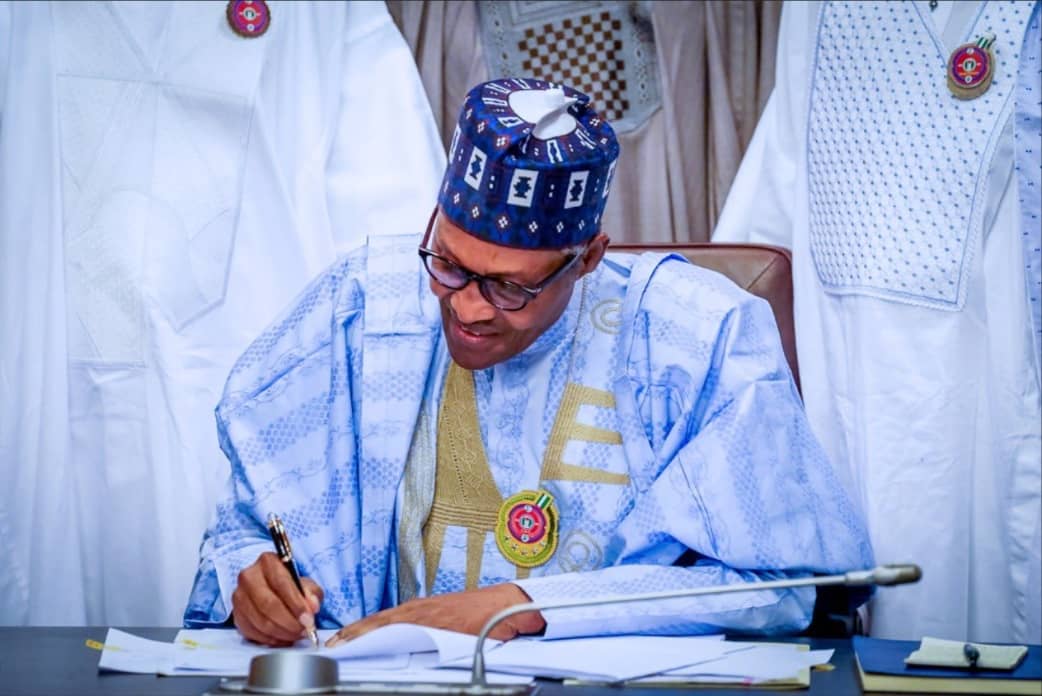 Buhari Has Appointed Seven New Ministers To His Cabinet

Seven new ministers have been nominated by President Muhammadu Buhari.

The president requested confirmation of the nominated ministers in a letter to the Senate.

The Senate President, Ahmad Lawan, read his letter out loud at the commencement of the plenary on Tuesday.

Ministers in Mr Buhari’s cabinet who quit to run for other offices would be replaced by the newly appointed ministers.

Rotimi Amaechi, Godswill Akpabio, Ogbonnaya Onu, and Chukwuemeka Nwajiuba, who ran for president, are among the ministers who quit.

Uche Ogar, who ran and won the 2016 Abia State governorship primary, and Tayo Alasoadura, who ran but lost the APC senate primary, are among the others.

They had resigned in accordance with the provisions of Section 84(12) of the Electoral Act which states that “No political appointee at any level shall be a voting delegate or be voted for at the convention or congress of any political party for the purpose of the nomination of candidates for any election.”

Despite the fact that the section had been deemed illegal by the appeal court, the case was sent to the Supreme Court for a final determination.

On another legislative day, the new ministers will be vetted.