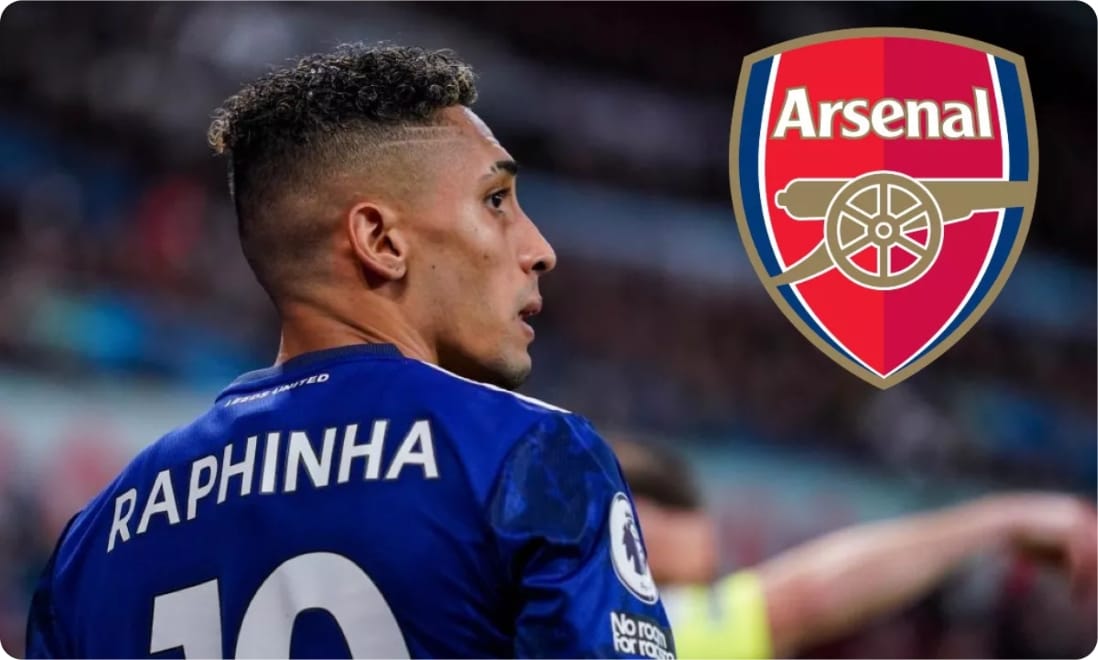 Arsenal to Raphinha: Arsenal is the best placed club to seal the transfer of Raphinha

Arsenal are reportedly the best placed club to seal the transfer of Leeds United star Raphinha.

According to Mundo Deportivo, Leeds has lost patience with rival suitor Barcelona as the negotiations to sign the Brazil international appear to be moving quite nicely for the Gunners.

Fans of Arsenal will undoubtedly hope that this generally optimistic piece of transfer news is accurate because Raphinha is a terrific talent and would be an exciting addition to the team.

Raphinha would reportedly still prefer joining Barca above any other team, but there is one potential obstacle, the report claims.

Although Arsenal may be in a solid position, it might still be difficult to persuade the player to transfer to the Emirates Stadium.