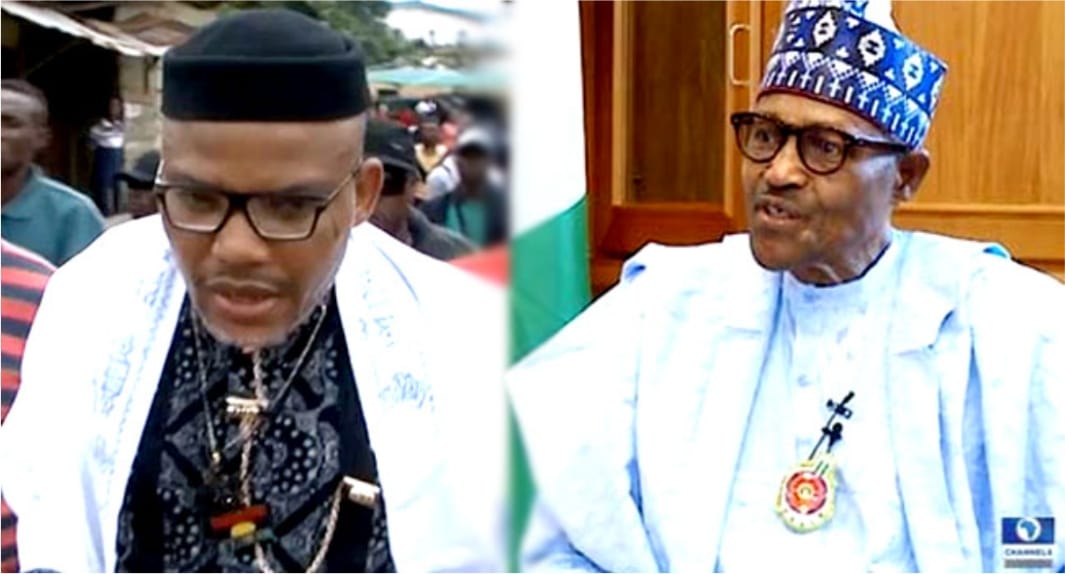 Nnamdi Kanu, the leader of the Indigenous People of Biafra (IPOB), an illegal organization, is not eligible for bail, according to President Muhammadu Buhari.

Instead, Buhari insisted that the IPOB leader should “justify all the uncomplimentary things he had been saying against Nigeria in Britain”.

“He felt very safe in Britain and said awful things against Nigeria. We eventually got him when he stepped out of the United Kingdom, and we sent him to court,” Buhari said during a bilateral meeting with British Prime Minister Boris Johnson on the margins of the 26th Commonwealth Heads of Government Meeting (CHOGM) in Kigali, Rwanda.

“Let him defend all that he has said there. His lawyers have access to him. Remember he jumped bail before, how are we sure he won’t do it again if he’s admitted to bail?”

In what many perceive to be a subliminal reference to former President Olusegun Obasanjo, Buhari also said he will not run for a third term in office, according to a statement by the presidential spokesman, Femi Adesina.

“Another term for me? No!” he maintained. “The first person who tried it didn’t end very well.”

Along with this, Johnson and Buhari spoke with the Nigerian president about security difficulties in Nigeria and how the fresh surge of crimes in Nigeria is related to the catastrophe in Libya.

While praising the prime minister’s desire to assist Nigeria in combating instability, Buhari emphasized that after Muammar Gadaffi’s 42-year rule came to an end, armed guards had been let loose on Sahelian nations.

These people, he said “are causing havoc everywhere, as the only thing they know how to do is to shoot guns”.

He, however, said the country is making progress in the fight against Boko Haram and other groups.

One of the steps being taken by the Nigerian government, he added, was educating that people that only an unserious person could kill innocent people, “and say Allah Akbar (God is Great). God is justice. You can’t take innocent souls, and ascribe them to God. And the education process is working, the people now understand Boko Haram as anti-God, and not about religion”.