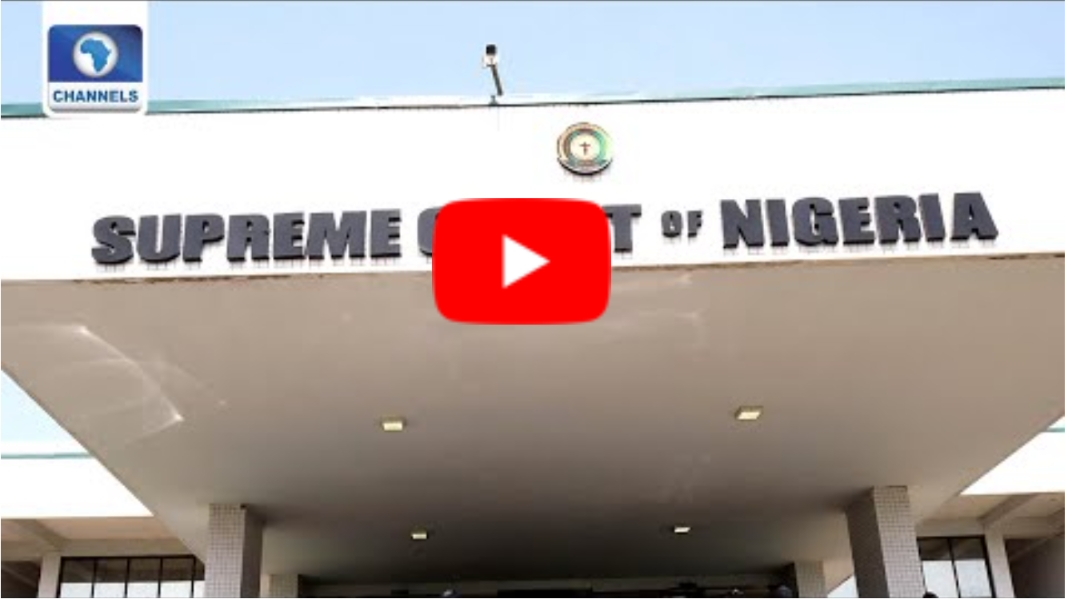 Electoral Act: Buhari’s Suit Challenging Section 84(12) Has Been Struck Out By The Supreme Court

The Supreme Court dismissed the case against Section 84(12) of the Electoral Act on Friday. The plaintiffs were President Muhammadu Buhari and the Attorney General of the Federation.

The case was dismissed because it was an abuse of the legal system and lacked the authority to hear the lawsuit.

President Buhari and the National Assembly were already served with a notice for the decision delivery on Thursday, calling them to appear before the court today for the verdict.

The Electoral Amendment Act 2022 has a contentious clause that the President and his Minister of Justice, Abubakar Malami, have petitioned the Supreme Court to interpret.

The National Assembly was named as the only defendant in the lawsuit, which was filed on April 29 by plaintiffs Buhari and Malami.

Section 84(12) of the revised Electoral Act 2022, which was approved in February, has been the subject of numerous discussions.

President Buhari requested that the National Assembly remove the disputed clause after assenting to the law, but the legislature rejected the president’s request.

Section 84 (12) of the legislation holds that “no political appointee at any level shall be a voting delegate or be voted for at the convention or congress of any political party for the purpose of the nomination of candidates for any election.”

In their suit marked SC/CV/504/2022 and filed on April 29, 2022, President Buhari and Malami sought an order of the apex court to strike out the section of the Electoral Act, which they argue was inconsistent with the nation’s constitution.

The plaintiffs additionally argued that the constitution already contains rules for qualification and disqualification for the positions of Minister, Commissioner, Special Adviser, Governor, Deputy Governor, Senate, and House of Representatives.

They urged the Supreme Court to make: “A declaration that the joint and or combined reading of the section 65, 66, 106, 107, 131, 137, 147, 151, 177, 182, 192 and 196 of the constitution of the Federal Republic of Nigeria, 1999, (as amended), the provision of Section 84 (12) of the Electoral Act, 2022 which also ignores Section 84(3) of the same Act, is an additional qualifying and/or disqualifying factors for the National Assembly, House of Assembly, Gubernatorial and Presidential elections as enshrined in the said constitution, hence unconstitutional, unlawful, null and void”.

However, the Supreme Court ruled on Friday that President Buhari could not reverse course and challenge the same legislation after giving his assent to the bill on February 25, 2022.

According to the court’s unanimous decision, which was delivered by Justice Emmanuel Agim, allowing the lawsuit to have its way would be the same as approving and condemning at the same time. No court of law shall permit that.

Because of the nature of the reliefs requested, the Apex Court unanimously decided that President Buhari lacked the authority to file the lawsuit before it.