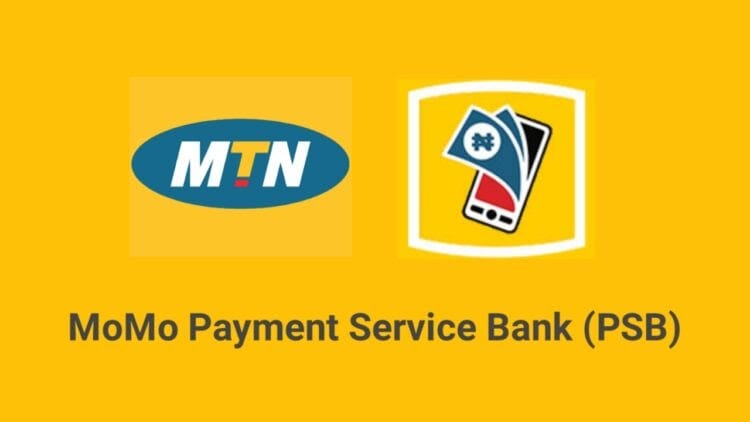 One Month After The Launch Of MTN MoMo PSB, N23 Billion Fraud Sets In

Only one month after its inception, MTN MoMo PSB is a victim of N23 billion fraud.

According to this internet report, a mobile money banking company has asked the Federal High Court to order 18 commercial banks to return a certain amount of money that was transmitted to its clients.

According to MPSBL, the funds were improperly and unlawfully moved in 700,000 transactions into roughly 8,000 consumer accounts.

The subsidiary also requested that the court require the banks to provide details regarding the clients whose accounts the funds were inadvertently put into.

The demands are a part of the reliefs in a lawsuit that MPSBL, through its attorney Lotana Okoli, filed (SAN).

According to MPSBL, banks are required to issue refunds and give the necessary information under the Central Bank of Nigeria (CBN) Regulation on Instant (Inter-Bank) Electronic Funds Transfer Services, made in accordance with sections 2(D), 33(1)6, and 47(2) of the CBN Act 2007.

Anthony Usoro Anthony, MPSBL’s Chief Executive Officer (CEO) said in a supporting affidavit that his bank suffered “a system exploitation” on May 24, 2022, during which 700,000 transactions were processed with credits being made into about 8,000 accounts in the 18 banks being requested to make the refunds.

The defendants (the 18 banks), according to the MPSBL CEO, were contacted through the Nigeria Inter-Bank Settlement System (NIBSS) to start recovery efforts from the accounts of the various beneficiaries in the various banks as soon as management at MPSBL learned about the incident in order to minimize its effects.

According to him, “We were able, through system checks, to confirm the banks and accounts into which the various sums of money were transferred.

“We were also able to confirm how much was paid into each bank account in total. The said list of accounts which received the funds was made available to the respective banks as a preliminary step to mitigate the applicant’s losses.

“The transfers were due to the fact that the plaintiff suffered system exploitation which led to the said debits.

“There is no transaction between the plaintiff and the recipient account holders that warranted the transfer of the funds to those accounts,” he said.

The MPSBL CEO added that his organisation’s resort to the court was informed by the bank’s insistence that they needed to be ordered by the court before they could act.

Anthony stated that the organisation was “carrying out investigations internally and externally to ascertain the actual cause of the debits”.

“It is the understanding of the plaintiff that prior to the defendant banks being informed of the fact that the credits into their customer accounts were unauthorised that some withdrawal transactions had already been carried out by some of the customers.

“This has necessitated the application for information regarding these customers and the banks and accounts to which they transferred the said funds in order to enable the plaintiff to trace the funds to those banks.

“By virtue of the provisions of the CBN Regulation on Instant (Inter-Bank) Electronic Funds Transfer Services, made according to sections 2(D), 33(1)6) And 47(2) of the CBN Act 2007 the plaintiff is entitled to a return of its money and the provision of the information which it requires from the defendants.

“The plaintiff is also entitled to the support of the defendants in the recovery of any sums which have been removed from the customer accounts in the defendant banks the reliefs it is aiming in this action.”

The plaintiff is praying the court for the following reliefs:

* An order directing the defendant banks to each, individually, account for the sums available in their customers’ accounts and the sums which have been removed by the customers and are no longer available.

* An order directing the defendants banks to immediately return the aggregate sum of N22,300,000,000.00, less those funds that are no longer available, to the plaintiffs settlement account in the name MOMO PSB settlement account number: 2041379385 at First Bank Plc Samuel Asabia House 35 Marina, Lagos, from where the funds originated.

* An order directing the defendant banks to release all information, including account name information in respect of the accounts from which the plaintiff’s funds have been transferred to third parties, including the destination accounts and the banks in which they are held to assist in the tracing and recovery of those funds.