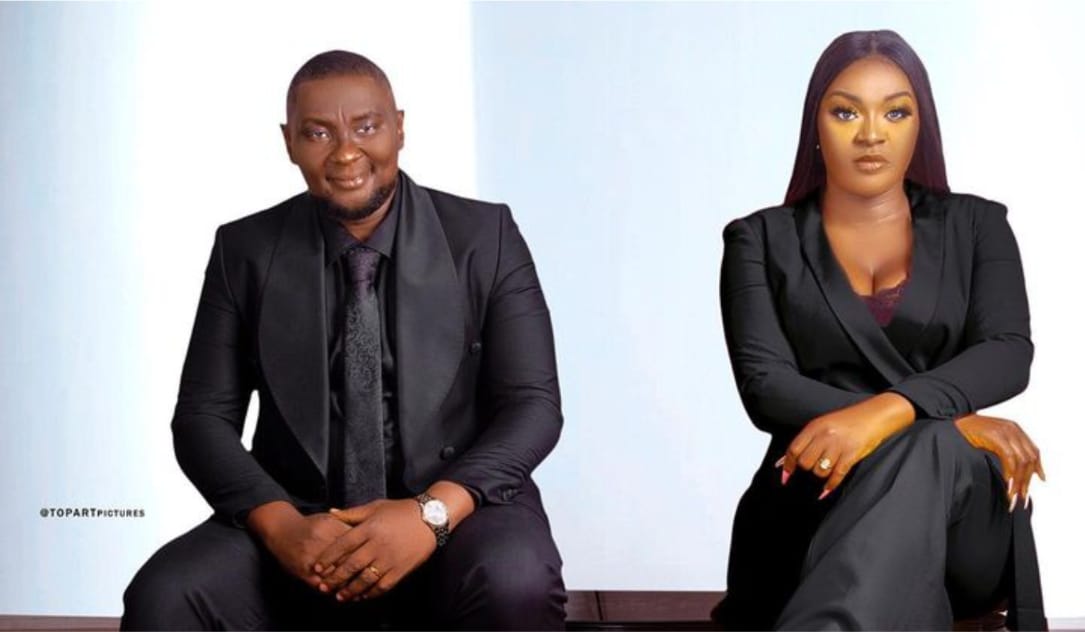 Chacha Eke Faani, a well-known Nollywood actress, has announced the dissolution of her nine-year marriage to Austin Faani.

The actress shared a photo of herself and her ex-husband on Instagram and wrote that she didn’t want to pass away or disappear.

Chacha also expressed her regret to her fans for “living a lie” in her marriage in the late-Monday message.

The announcement titled, ‘Leave now or leave as a corpse’, read, “Many have died pretending all is well whilst wishing, hoping and praying for a better tomorrow. I don’t want to ‘die’ or go inexplicably ‘missing’.

“I sincerely and publicly apologize for living a lie these past years. True to random speculations, there has been trouble in my ‘perceived paradise’.

“For the second time in two years, I am here again on social media boldly declaring that I am done with my marriage.

“My long overdue/relentless stance on this is of course no news to Austin Faani, the doctors, and my parents.

“If push comes to shove and suddenly I am incommunicado; my lawyers, the welfare department, and the Nigerian Police Force have my testimonials in recorded video clips/statements set for public release on all social media apps and national newspapers.”

The couple, who married in 2013, has four kids together.

In October 2020, the actress had first announced a split from her husband in an Instagram video.

“I don’t have a lot to prove that I am done with him but am done. I’m leaving with my life. I can’t say a lot now but you will hear my story,” she said at that time.

As a result, there were rumors that she had experienced domestic abuse during the marriage.

The actress, who denies her spouse ever hit her or yelled at her, refuted the domestic abuse allegation in a video.

She went on to say that she had been given a bipolar disorder diagnosis and that it had been linked to her pregnancy at the time.

The actress gave birth to their fourth kid in 2021 amidst the uproar.