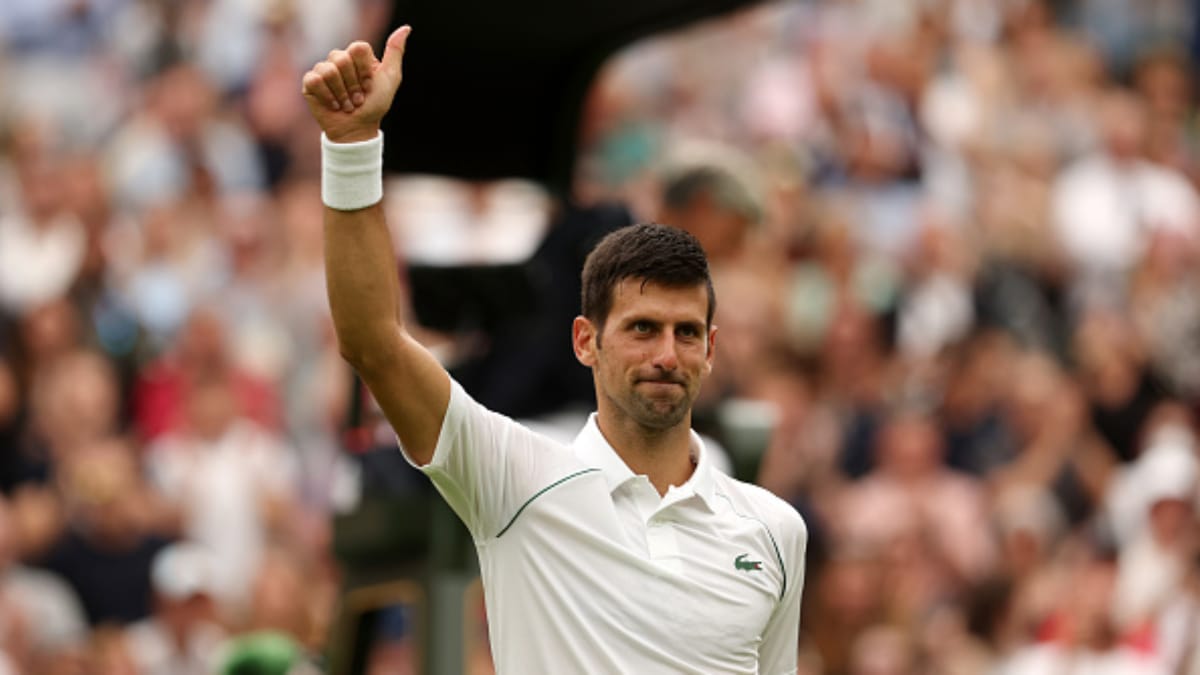 As he advanced to the second round of Wimbledon on Monday, 20-time Grand Slam champion Novak Djokovic overcame Soonwoo Kwon.

The defending champion, who is vying for his fourth straight Wimbledon victory and seventh overall, occasionally appeared out of sorts against Kwon. Kwon brought a lively variety of tennis to Centre Court, ranging from thunderous forehands to deft drop shots. Djokovic acknowledged that the absence of a grasscourt warm-up tournament had hurt his performance against a challenging opponent who was 11 years his junior.

“I didnt have any lead-up or preparation tournaments prior to this so you’re always going to feel a bit less comfortable than you would like, particularly if you’re playing against someone as talented as Kwon who stays close to the line and hits really clean,” he said. “It wasn’t easy. I had to put some variety in the game. The serve helped but at this level, one or two shots decide a winner.”

In the fourth game of the second set, the 24-year-old Korean broke Djokovic’s service, and he later used a drop shot and a huge serve to win the match. But the Serb, who was going for a 21st Grand Slam victory, was able to regain enough of his distinctive consistency to defeat the challenge.

He won with an ace on his opening match point and will now play Thanasi Kokkinakis of Australia or Kamil Majchrzak of Poland. Djokovic became the only person to have won 80 games in each of the four Grand Slam competitions with his 80th Wimbledon victory.

The Serb, who won three Grand Slams last year, was denied entry to the Australian Open in January after being expelled for failing to have COVID-19 vaccination. He lost in the French Open quarter-finals to eventual champion Rafa Nadal who is seeded second at Wimbledon.

In this article:Touchaheart news, Wimbledon 2022