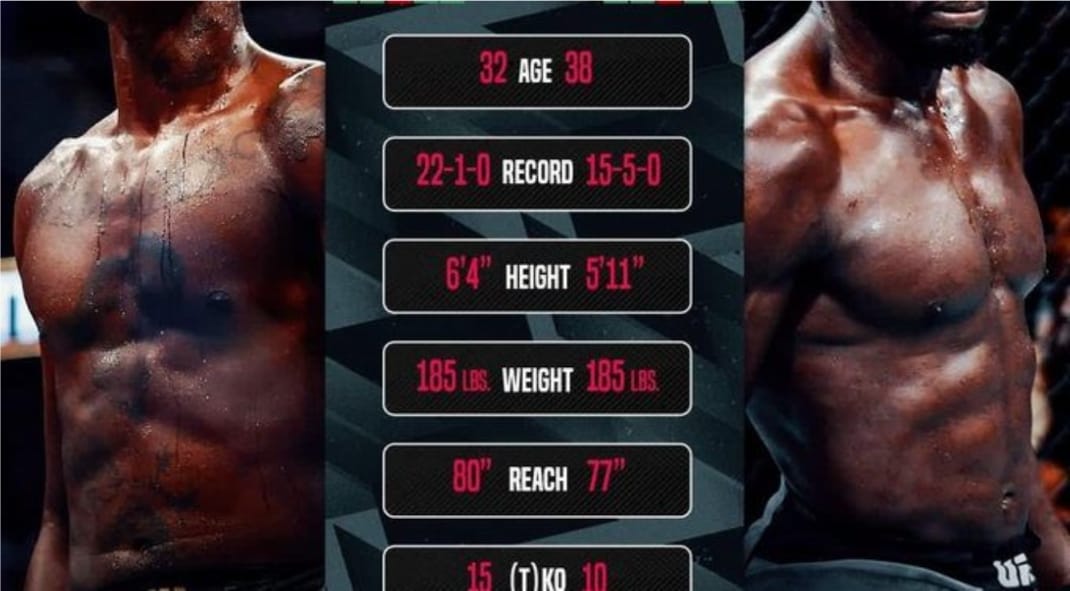 The Ultimate Fighting Championship will host UFC 276: Adesanya vs. Cannonier on July 2, 2022, at the T-Mobile Arena in Paradise, Nevada, which is a part of the Las Vegas Metropolitan Area in the United States.

This web news source is aware that Israel Adesanya will defend his UFC middleweight championship against Jared Cannonier in the main event. At 185 pounds in the UFC, Adesanya remains undefeated (11-0), while Cannonier has won five of his previous six fights, including two straight to earn a championship opportunity.

From that moment at UFC 271 in February, when Jared Cannonier, standing over his beaten, battered and utterly defeated opponent, Derek Brunson, had looked UFC president, Dana White, in the eye and shouted: “I want that title shot next! Give it to me! Nobody else! Me!” I knew this was a man who was ready, with all his heart, to be called champion.

And Israel Adesanya of Nigeria, who coincidentally successfully defended his middleweight title later that same night, stood in Cannonier’s way of a UFC title for which he had toiled for the previous seven years in three different weight classes. And now, at 38, a time when many believe Cannonier is past his prime for fighting, Cannonier receives his long UFC career’s first title shot. You can bet he’s going to make the most of it possible.

Make no mistake, Cannonier isn’t given the moniker “Killa Gorilla” for nothing; despite the fact that Adesanya continues to be the clear favorite. He is thought to be one of just two fighters in UFC history to have achieved knockout victories in three different weight classes.

Adesanya’s smaller frame can be restrained by Cannonier, a former heavyweight, just like Blachowicz did, and he has the strength to deliver those dangerous elbows. However, Cannonier is not one of the strikers who can compete with the Stylebender if he wants to stand and trade with Adesanya.

Although Adesanya possesses a strong chin, it is unknown whether he has ever received a blow as powerful as the one delivered by the gorilla. But whether the gorilla can actually land it is a another story. Sunday will reveal the results.

In this article:Touchaheart news, UFC 276