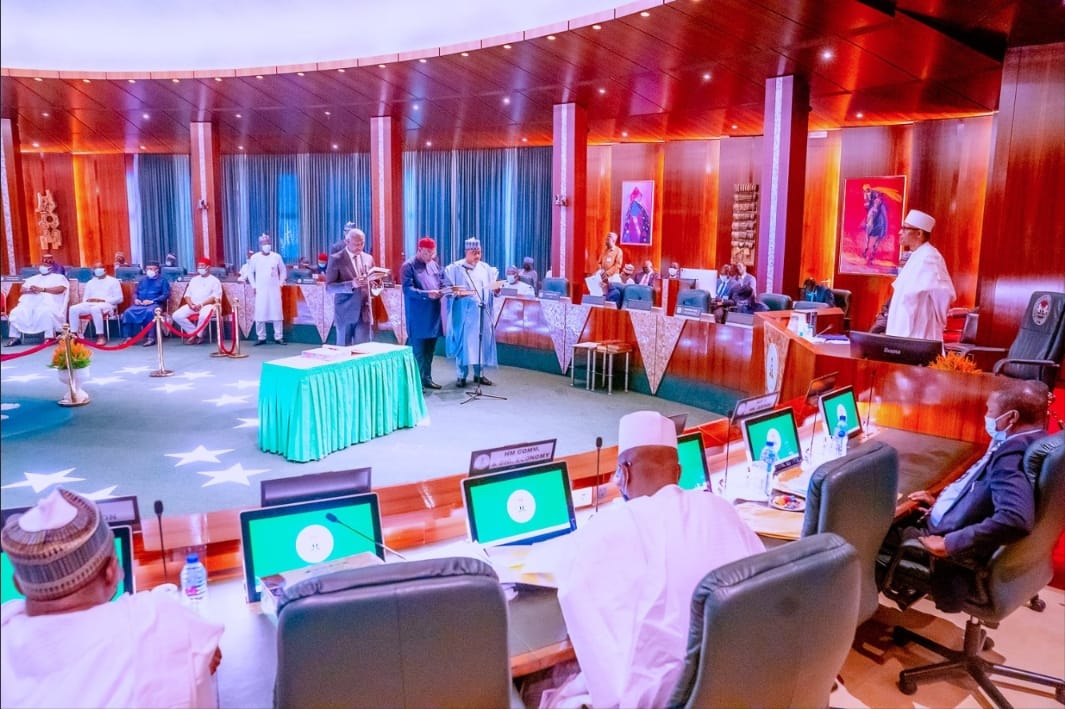 Touchaheart Nigeria reports that President Muhammadu Buhari swore in seven new ministers on July 6, 2022, after the Senate had examined and approved their nominations.

This online news source reports that the swearing-in took place in the Federal Executive Council (FEC) in Abuja, the nation’s capital, in two batches of four and three each.

Below is the list of the new ministers with their new portfolios:

Touchaheart recalls that President Buhari’s list of seven nominees for ministerial consideration and confirmation was delivered to the Nigerian Senate on Tuesday.

The seven new ministers will take the place of those who left their positions in May 2022 to follow their political ambitions. The Buhari government, which has less than a year left in office, will now have new Ministers.