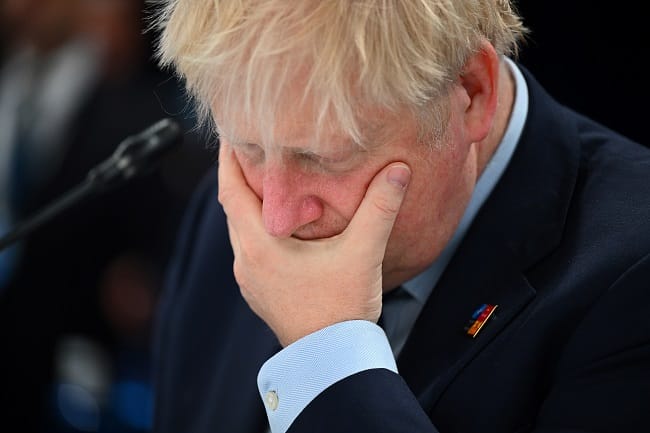 “In politics, no one is remotely indispensable.”- Boris Johnson, As He Resigns

Boris Johnson served as prime minister for 1,079 turbulent days before announcing his resignation in a speech to the country on Thursday.

In his address outside No 10, Johnson said: “I want to say to the millions of people that voted for us in 2019 – many of them voting Conservative for the first time – thank you for that incredible mandate.

“The biggest Conservative majority since 1987, and the biggest share of the vote since 1979.”

“The reason I have fought so hard in the last few days to continue to deliver that mandate in person was not just because I wanted to do so, but because I felt it was my job, my duty, my obligation to you to continue to do what we promised to do in 2019.”

“I am immensely proud of the achievements of this government,” the prime minister said, citing the vaccine rollout and Brexit as successes of his government.

“In the last few days, I have tried to convince my colleagues it would be eccentric to change governments when we are delivering so much, when we have such a vast mandate and when we’re actually only a handful of points behind in the polls.”

But, Johnson told a crowd of onlookers: “As we’ve seen at Westminster, the herd instinct is powerful and when the herd moves, it moves.”

He continued: “In politics, no one is remotely indispensable.”

“I want you to know how sad I am to be giving up the best job in the world, but then’s the breaks.”

“Being prime minister is an education in itself … In addition to the beauty of our natural world, I find so many people possessed with such boundless British originality, and so willing to tackle old problems in new ways.”

The prime minister concluded: “Even if things can sometimes seem dark now, our future together is golden. Thank you.”

After meeting with Sir Graham Brady, the head of the Tory 1922 Committee, on Thursday, he decided to resign.

The prime minister had a difficult few days as Rishi Sunak, Sajid Javid, and other junior ministers and aides announced their resignations as a result of the Chris Pincher controversy.

Johnson earlier declared on Wednesday that he would stay in No. 10 despite growing opposition to his leadership, which led to the resignation of more than 50 government officials in less than 48 hours.

A month ago, a confidence vote that saw 41% of his MPs attempt to remove him hurt his authority.

When Tory MPs voted 211 to 148 in favor of him at the time, he claimed he had won “decisively,” but the magnitude of the uprising devastated him.

Now that his resignation is official, a leadership election has been started.

Before the party conference in October, a new Tory leader is expected to be in place, according to a source at No 10.

Johnson declared on Thursday that he will continue in the role until a successor is chosen.

Labour leader Sir Keir Starmer said Johnson must not be allowed to linger in office as a caretaker prime minister and must be removed immediately.

He threatened on Thursday morning to use a Commons vote of no confidence to attempt to oust the prime minister unless he hands over the reins to another premier.