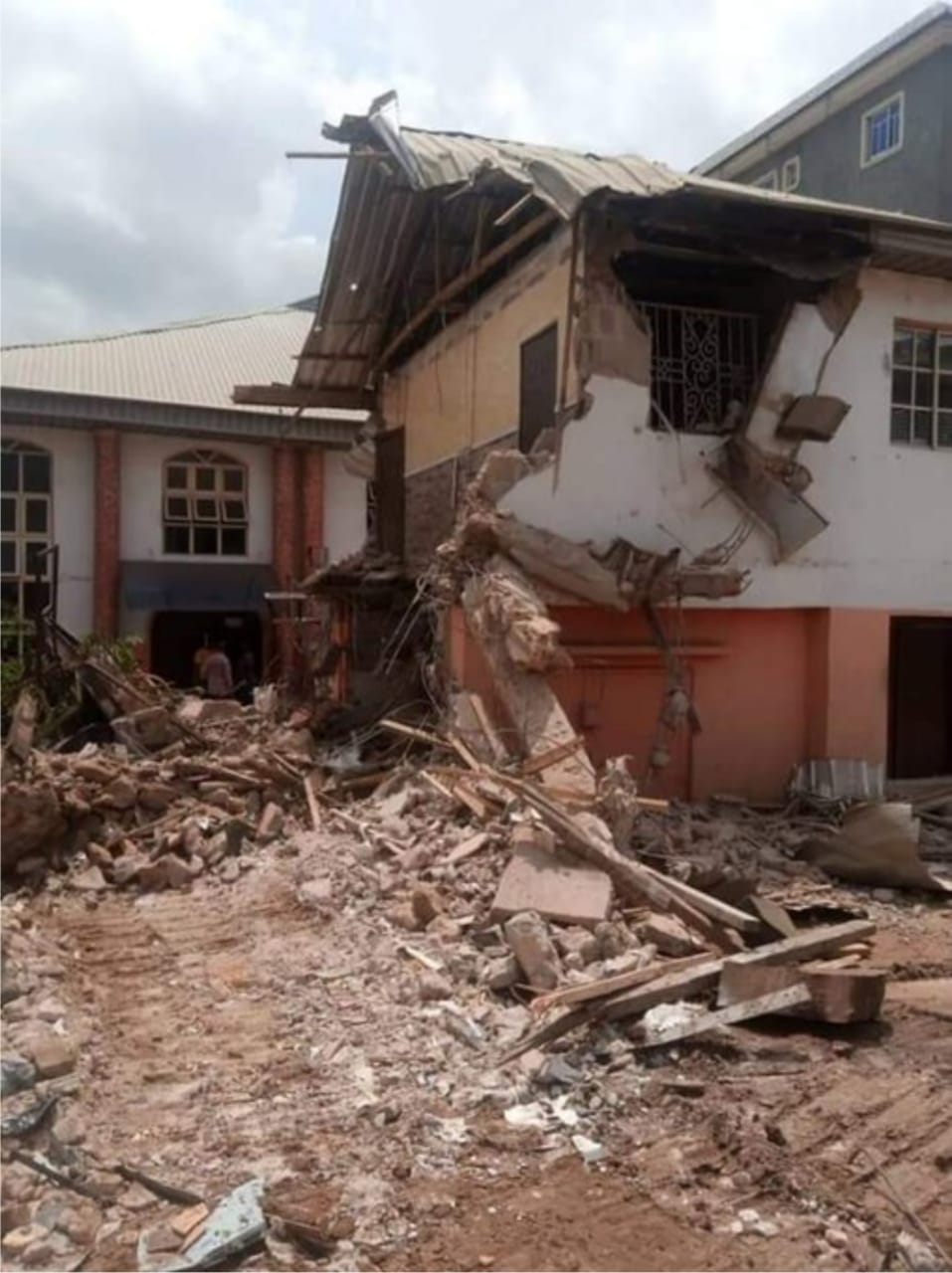 Prophet Odumeje was defeated by the Soludo taskforce after their church was destroyed.

Touchaheart reports that the church belonging to Prophet Odumeje was razed in Onitsha, the commercial hub of the southeast state, by the Anambra State Government under the leadership of Governor Charles Soludo.

This internet news source is aware that the Mountain of Holy Ghost Intervention and Deliverance Ministry’s spiritual head is Prophet Odumeje, whose real name is Chukwuemeka Ohanaemere.

Touchaheart reports that Soludo taskforce slapped and hit Prophet Odumeje, accusing him of obstructing their assignment and attempting to stop work.

On Odumeje’s church demolition on the orders of Governor Soludo, I hear it was already marked since April because it was illegally built on a drainage. The current Anambra State govt is showing us that rules apply to everyone. My issue is, how can they slap a whole Liquid Metal? pic.twitter.com/Xii5ocNzyQ

Watch the moment the church was demolished…

Demolish his church if it's been marked for demolition and Odumeje has been fully informed but you don't beat him like he's a common criminal.

Soludo must do something about the way his task force treated and manhandled Odumeje.

Man of war (Odumeje) is being beaten in Anambra State as Gov. Soludo is demolishing his Church. 🙆🏾‍♂️ pic.twitter.com/sPUWaHsrLe

Odumeje was here talking about Anambra State Government clean up and he was also praising Gov Soludo not knowing the baton will fall on him next 🤦🏾‍♂️
pic.twitter.com/C6R32AwcPk

Those security guys don't know that if Odumeje opens his mouth & say he is the fight, the war, the lion & the Indabosky pawous they will all die by fire 😜

What Soludo's Task Force did to Odumeje is distasteful, barbaric, and condemnable