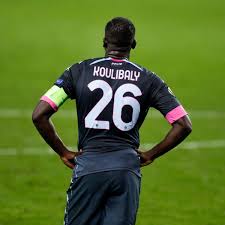 Chelsea FC finally commenced the signing of some of their football transfer targets. As they have made two smart moves and counting.

The ongoing football transfer opened officially a few weeks ago across Europe and it all seemed gloomy for one of the heavyweight Champions of Europe (Chelsea FC).

As things were still sketchy from the prolonged saga of the transition of what has seemed to be one of the most successful owners of all time as regards the club football ownership of the Roman Abramovich era to what has seemed to be a long wait of the transition of power due to the sales and handing over of power and overseeing the successful running of the day to day activities to the current owners of the Pride of London led by the Todd Bhoely consortium.

The long wait finally got off pretty good as the powerhouse snapped one of the finest if not the finest of footballers in his position in the person of Raheem Sterling who happens to be one of the chief orchestra of the recently crowned English premier league Man City.

He produced an astounding stat in turnover as one of the very best in the team’s success enroute their bidding to retain their League crown even with a limited playing time under his belt which prompted him to seek more game time elsewhere and Chelsea been his preferred destination as he got some root in London.

So the first signing for the men’s team of the new owners was unveiled during the early hours of Wednesday US time.

He is one player who is sure he would adapt to the Chelsea style of play and fit into the premier league system from another team as he has shown that he’s got high adaptability ratio seen from his transfer from Liverpool to Manchester City. He’ll be a great bargain as would definitely prove to be one of the best signings and a statement of intent by the new owners of Chelsea FC. Amidst the pool of players who have been in the news connected to Chelsea FC only 2 players have been gotten into the squad as it seems as tho there is going to be more player influx into the squad and some other players leaving to trim the squad into what Tuchel has always had in mind to voice out his first statement of intent on his first interview as the head coach of Chelsea back in January 2021 when asked he said “I want to build a team that no other team would want to play against” and he is gradually building that team with the support of the new owner’s Todd Bhoely consortium.

Immediately after the first signing was unveiled the second one followed through the defense needed reinforcement due to the departure of top players in that department Rudiger and Andrea.

That led to the signing of one of the finest defenders around the block from Naples (Napoli) Kalidou Kulouibaly and many others has been linked to Chelsea FC.

With this, it’s obvious that Chelsea FC is keeping up the momentum with Manchester City and Liverpool as they are getting geared to compete with other teams in Europe.