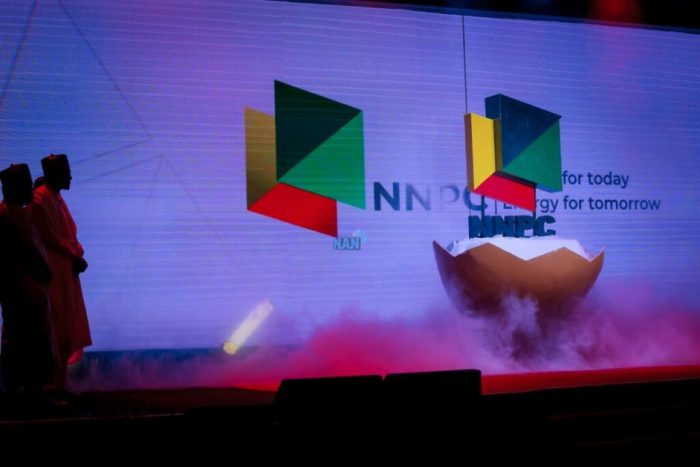 Tuesday’s unveiling of the new Nigerian National Petroleum Company Limited by President Muhammadu Buhari marked the official transition of the oil company from a state-run organization to a for-profit business limited by shares.

In contrast to the past corrupt government organization, the NNPC Limited is anticipated to be run as a private energy company.

“We are transforming our petroleum industry to strengthen the growth today July 19, 2022,” Mr. Buhari said at the event.

“NNPC Limited now will operate as a commercial oil company with over 200 million shareholders with integrity and excellence0.”

The corporation changed into a company whose operations will be governed by the Companies and Allied Matters Act weeks before the ceremonial launch (CAMA). A new Petroleum Industry Act-based legal transition went into force on July 1.

Weeks after President Buhari had signed the PIA into law, the NNPC finished the process of becoming incorporated in September of last year.

Then, with an initial capitalization of N200 billion, The NNPC Limited was floated, becoming record-breaking as the corporation with the greatest share capital in the nation.

The new organization is anticipated to develop into a national petroleum corporation that is profit-driven and commercially focused, but which is still owned by the government. It will undergo a yearly audit.

According to Mr. Buhari, he was given the opportunity to spearhead the establishment of the Nigerian National Petroleum Corporation on July 1, 1977, by accident of history. He had the honor of signing the Petroleum Industry Act (PIA) in 2021, 44 years after the petroleum industry had last undergone reform.

“The provisions of PIA 2021 have given the Nigerian petroleum industry a new impetus, with an improved fiscal framework, transparent governance, enhanced regulation, and the creation of a commercially-driven and independent National Oil Company that will operate without relying on government funding and free from institutional regulations such as the Treasury Single Account, Public Procurement, and Fiscal Responsibility Acts,” Mr. Buhari said.

“It will, of course, conduct itself under the best international business practice in transparency, governance, and commercial viability.

“I, therefore, thank Almighty God for choosing me to consistently play an important role in shaping the destiny of our National Oil Company from the good to the great.

“NNPC Limited will operate as a commercial, independent, and viable NOC at par with its peers around the world, to sustainably deliver value to its over 200 Million shareholders and the global energy community, while adhering to its fundamental corporate values of Integrity, Excellence, and Sustainability.”

The introduction of NNPC Limited, according to Minister of State for Petroleum Resources Timipre Sylva, marked a new beginning in the effort to expand and develop Nigeria’s oil and gas sector and create new opportunities for collaboration.

“While the country was waiting for the PIA, Nigeria’s oil and gas industry lost about $50 billion worth of investments. In fact, between 2015 and 2019, KPMG states that “only 4 percent of the $70 billion investment inflows into Africa’s oil and gas industry came to Nigeria even though the country is the continent’s biggest producer and the largest reserves,” Mr. Sylva said.

“The PIA avails us with the golden opportunity to strengthen our institutions, improve our regulatory and fiscal frameworks and attract the much-needed investments. Some of the golden opportunities presented by the reforms are coming at a time when the global energy conversation is moving towards gas as a cleaner energy fuel,” he said.

He said the NNPC Limited will operate as a profitable commercial entity and declare dividends to its shareholders.

“I have no doubt that the leadership of this brand new Limited Liability Company is super-charged to meet the high expectations,” he said.

In this article:NNPC, President Buhari