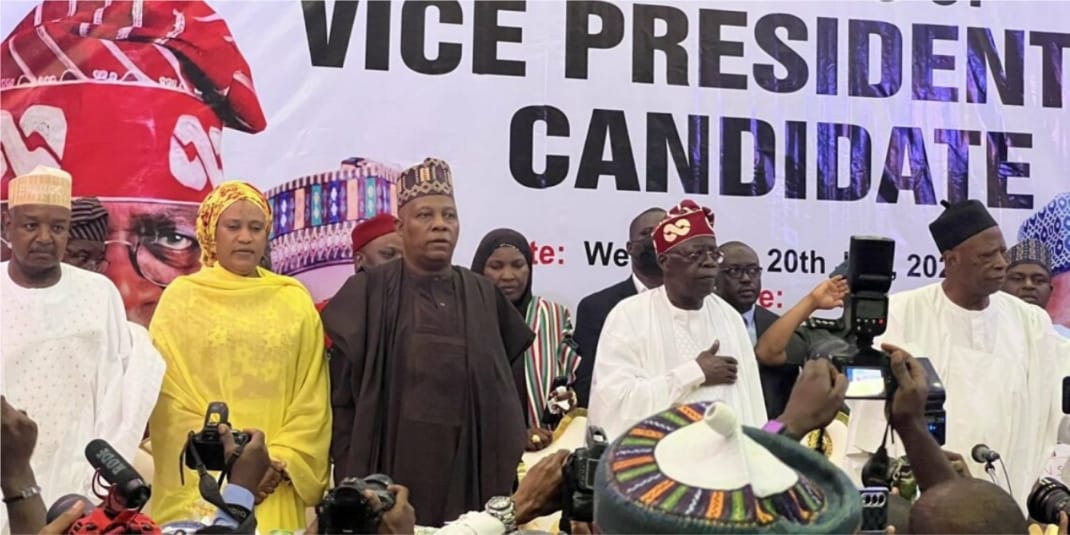 Kashim Shettima has been introduced by the APC as Tinubu’s running mate in the 2023 election.

Touchaheart Nigeria reports that Kashim Shettima, a former governor of Borno State, has been named the All Progressives Congress (APCvice )’s presidential candidate for 2023.

According to information provided by Bashir Ahmad, the former Personal Assistant on New Media for President Muhammadu Buhari, Shettima was introduced at a gathering in the Nigerian capital of Abuja on Wednesday, July 20, 2022.

“Our great party, the All Progressives Congress (APC), unveils Senator Kashim Shettima as the running mate of our presidential candidate, Asiwaju Bola Ahmed Tinubu,” he tweeted.

Touchaheart Nigeria recalls that Bola Tinubu, the APC’s presidential candidate, chose Shettima to be his running mate after becoming the party’s front-runner.

Shettima’s selection by Tinubu has continued to spark debate throughout Nigeria.

The majority of Nigerians preferred that the APC presidential candidate choose a Christian as his running partner, but he ultimately chose a Northern Muslim.