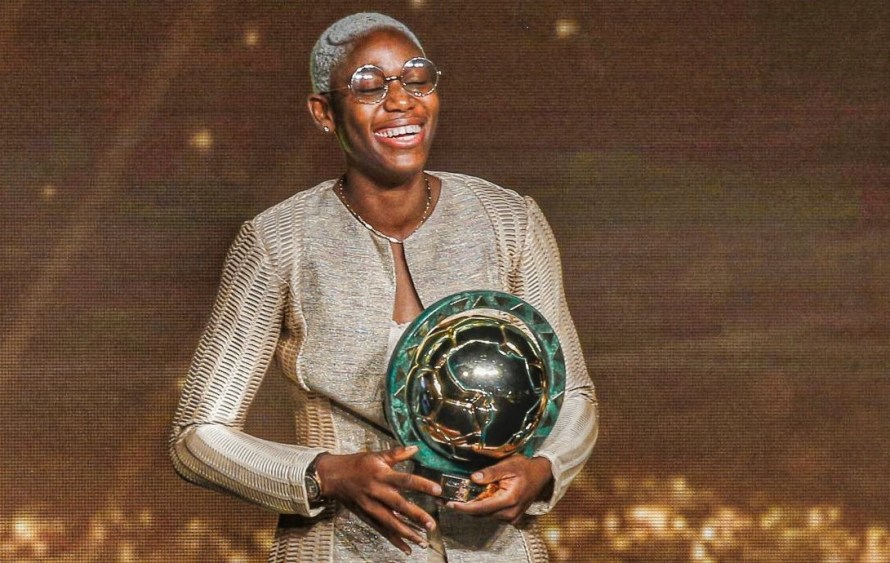 For the fifth time, Asisat Oshoala has been named the CAF Women’s Player of the Year.

of the Super Falcons and FC Barcelona Women won the coveted CAF Women’s Player of the Year Award at the CAF Awards 2022, which were held in Rabat, Morocco, on Thursday evening, July 21, 2022.

This online news source reports that Oshoala has won the CAF Women’s Player of the Year Award a record five times, beating Perpetual Nwankocha, who had won it four times. Asisat Oshoala is the only African football player—male or female—to have received more African Player of the Year awards.

Oshoala’s best season to date may have been the one in which her Spanish team won the Primera Division, Copa de la Reina, and the Spanish Women’s Super Cup.

Oshoala missed crucial games due to injury, but he still finished as the league’s joint-top scorer with 20 goals in 19 league games to tie Brazilian Geyse Ferreira for the title. Ferreira scored the same amount of goals in 27 games for Madrid CFF.

The Super Falcons’ 2-1 loss against South Africa in Rabat resulted in the 27-year-medial old’s collateral ligament being torn, ruling her out of the 2022 Women’s Africa Cup of Nations.

Meanwhile, Touchaheart reports that Sadio Mane beat Mohamed Salah and Eduard Mendy in the men’s category, to be crowned the 2022 CAF men’s ‘Player of the Year. The men’s ‘Young Player of the Year was scooped by Pape Matar Sarr of Senegal and Tottenham Hotspur while Ghana’s Evelyn Badu won the women’s category.