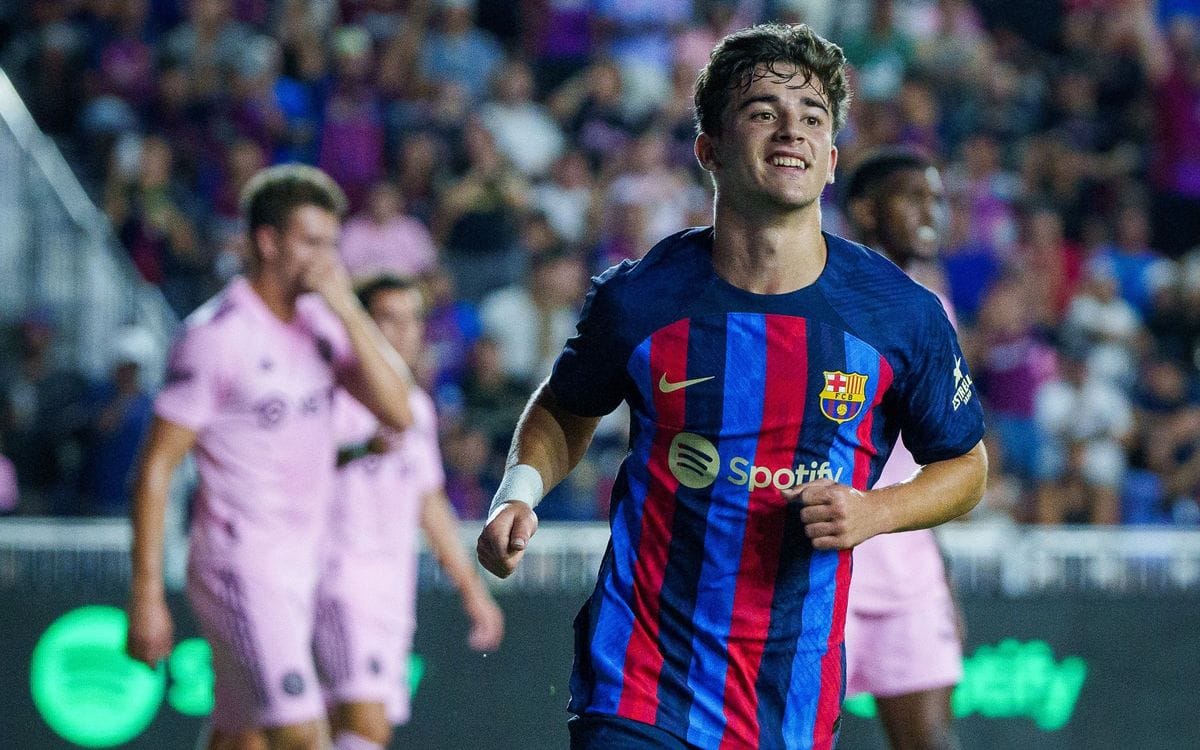 The 18-year-old Gavi, a member of Spain’s national team, has pledged his future to Barcelona after advancing quickly through the team’s development ranks after arriving from Real Betis in 2015.

Gavi was playing for Barca B when Ronald Koeman noticed his abilities and brought him right into the first team. Since then, he has thrived, making 39 appearances and solidifying his position in the middle of the field.

With Barcelona, Gavi has extended his contract, which now has the joint-highest buyout clause in all of football at €1 billion (£870 million).

Gavi was being pursued by teams like Liverpool, Chelsea, and Manchester City, but he has chosen to dedicate his career to Barcelona and their manager Xavi.

In agreements with a number of their other players, including Pedri, Ronald Araujo, and Ansu Fati, who have all recently signed long-term contracts with the Blaugrana, Barcelona has incorporated the €1 billion buyout provision.

Karim Benzema, a striker for Real Madrid, also has a €1 billion buyout clause.

Pablo Paez Gavira, also known as Gavi, progressed through the Real Betis development system before joining Barcelona for the 2015–16 campaign.

Gavi made his debut for Barca B in February 2021 after moving quickly through the youth divisions from U-12 to U-19 level. He entered the game as a substitute in a 6-0 victory over Hospitalet.

That season, he made one more appearance for the B team against Espanyol, but that would be his final game for that group when first-team manager Ronald Koeman recognized his potential and gave him a preseason promotion for the 2021/22 campaign.

Gavi made his La Liga debut last August against Getafe at the age of just 17 years, and 24 days, making him the fourth-youngest debutant in Barcelona history.

After making 10 appearances for his current squad, he has since advanced to the first team and is now a vital part of Spain’s national team.
Barcelona plays home to Elche in La Liga on Saturday after losing to Bayern Munich on Tuesday, a game that left Xavi “mad.”