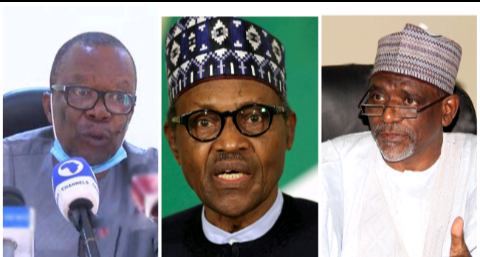 Touchaheart Nigeria reports that the Academic Staff Union of Universities (ASUU) has been ordered by the National Industrial Court to end its current strike.

Justice Polycarp Hamman issued a ruling on the interlocutory injunction requested by the Federal government, preventing ASUU from carrying out the strike until the lawsuit’s outcome.

According to Justice Hamman, a vacation judge, the matter should be sent back to the Industrial Court president for reassignment to another judge.

The judge additionally ruled that public university students who cannot afford to attend private postsecondary schools are harmed by the strike.

He claimed that after a matter has been referred to the industrial court, the Trade Dispute Act forbids employees from going on strike.

Additionally, Justice Hamman upheld the Federal Government’s application, stating that it was meritorious and approved.

“ASUU, whether by themselves, members, agents, privies or howsoever called, from taking further steps and doing any act in continuance of the strike action pending the hearing and determination of the suit filed.”

The judge declined to impose a fine on the federal government as requested by ASUU.

This decree was issued shortly after the National Association of Nigerian Students (NANS) threatened to prevent political campaigns from taking place nationwide until public university students returned to their classes.

“Our blocking of access to public roads and ports is just a warning. If the government fails to conclude all the negotiation and agreement with ASUU within the frame of two weeks, they will witness more protests and rallies all over the country, they will also witness the annoyance, anger and frustration of Nigerians Students who have been at home for the past seven months.

“As we promise them that we will not allow any political campaign to hold across the country until we are back to class. This government has pushed so many Nigerians students into depression. We say enough is enough; we can no longer bear the brunt from this avoidable crisis in our nation public ivory towers again,” he said.

Since February 14, 2022, the Academic Staff Union of Universities (ASUU) has been on strike since negotiations between the Federal Government and public university lecturers have not resulted in a compromise that would allow students to resume their studies.

The Federal Government forced the ASUU to appear before the National Industrial Court in an effort to return the lecturers to the citadels of learning.

Olajide Oshundun, the head of press and public relations at the Ministry of Labor and Employment, stated in a statement that the Federal Government made the choice after talks with ASUU fell through.

He claims that the government wants the National Industrial Court to order ASUU members to go back to work while the court is resolving the legal concerns at hand.

Sen. Chris Ngige, Minister of Labour and Employment, signed the referral document that was dated September 8, 2022, and was sent to the Registrar of Industrial Court.

ASUU warned the Federal Government against using a court order to make the union’s strike-breaking members return to class in response to the FG’s legal action.

According to Professor Emmanuel Osodeke, the union’s president, one can only speculate about the kind of instruction the academic staff will deliver once they are compelled to return to the classrooms.